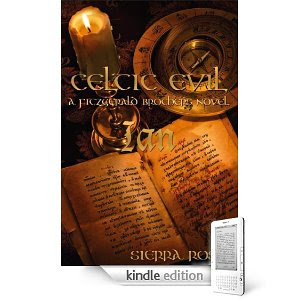 My first actual book is still sitting in a file cabinet since I wrote it at age sixteen and it needs some modernizing. The journey with my first published book came about as most of my titles do. I was half asleep, planning characters for a new action book when Roarke and his brothers took a direction that I had never planned since I never dreamed on writing a paranormal romance. It was then just a researching and re-planning stage.

Not for my recent books, no. I went that route for another title that is as yet unpublished but for these ones I chose not to deal with the hassle.

Once I found the world of self-publishing I factored in keeping full control over my story and the plot but the main reason was time. My eyesight is deteriorating and I would rather self-publish and get my stories to readers before I can’t see to write anymore.

No. Aside from that already mentioned time issue, the hassle of constantly querying on top of an already hectic life just wouldn’t work.

The images were stock images where rights were purchased however, the covers for Flames of Betrayal and Celtic Evil: Ian had help from wonderful people. Flames was done by Jason Merrick while Ian’s cover was completed by Michelle Lovi.

Not too much. Since I have no background on covers and really have no clue how they should look except for the image I let the designers do what they think is best.

Thrilled and nervous. Sales have been pretty good. The Kindle sales always exceed the paperback ones, but those have been picking up some.

I’m on Twitter sierra_rose09 , I have an author page on Facebook | Sierra Rose and both books also have fan pages on FB. I also blog and try to keep blogs for both main books that are linked to: A Book Lover. I usually just promote on the Kindleboards Book Bazaar.

My books can be found on Smashwords, Barnes & Noble

The sequel to my action S.E.A.L.Team Omega novel is stalled in an editing/rewrite issue but it’s still due to be out this year while I’m planning and researching Ryan’s book for my Celtic Evil: A Fitzgerald Brothers series.

I also have the start to a western romance started but it needs some tweaking to see how it goes while writing the third installment to the S.E.A.L. series

Languages can be hard at times when I write because I want my characters to feel and sound real so I try to use the occasional phrase from their native tongue. Finding an Irish phrase book wasn’t easy. The other challenge I face is because I wasn’t taught in a classroom by an certified English teacher and just taught all subjects by a tutor(even if they were always sent by the school board) that I don’t have the skills that people who physically went to school may have in the area of grammar or style. So that’s something I face with every book.

Keeping things as real as possible. Even though the books are fiction I want as much of it to feel real as it can. Certain locations or happenings had to be created but I try to make as much of the rest of it as accurate as possible. That and certain scenes are hard when I write. I actually have a very hard time writing (*cough*) sex scenes so those are always an issue when I write.

At times. There is a certain action feel to some of the characters in Celtic Evil since guns and mercenaries do tend to appear and two of the Fitzgerald brothers have backgrounds that fit in that world but it can be tricky going from that area of witchcraft and magic to the purely action (blowing things up) style that comes with S.E.A.L. Team Omega.