Review of ERG: Unit of Power by Roger E Craig 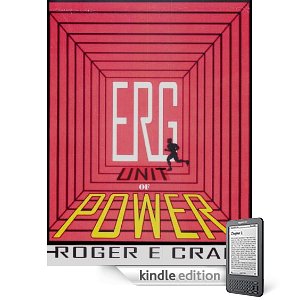 4 of 5 stars
I found this book a challenge to read not because it was written poorly, no in fact, it is a very well written novel, but it’s told from a dispassionate viewpoint.  I wanted to know what happened in the story, but I never got emotionally invested in any of the characters.  For me it was like reading an intriguing case study.  Everything mentioned in the book has a well-researched back-story to support it, but it is these very details that kept me at a distance throughout the book.
The story opens with the ending – a young man Wes Matthews is found unconscious and near death on a sailboat used for smuggling drugs into the US.  Without giving away any spoilers, Matthews’s case falls under the jurisdiction of Detective Bruno Machen who immediately recognizes that Matthews does not fit the usual stereotype of a drug smuggler.  This fact alone makes him determined to find out the truth about this case, but he is continually stonewalled by his superiors who tell him that it is an open and shut drug smuggling case.  Get a confession and close the case were the orders he received.
From here the story flashes back to the meat of the story about the young men and women who are recruited to be mercenaries in a secret unit that reports directly to the President of the United States.  There are plenty of twists and turns involving politicians, assassinations, secret missions and the unit’s own Director who has his own secret agenda.
I would definitely recommend this book for those who like political thrillers and soldiers of fortune stories.  There is enough action to keep you turning the pages until the very end.