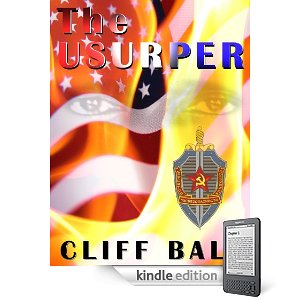 Ever wonder what would happen if our worst fears were realized and we elected someone who was willing to destroy the USA, even if he was destroyed himself? The Usurper is that novel. It is a fictional account of what would happen if the Soviet Union and KGB were given the chance to take down the United States from within. They use the American political system, education system, terrorism, and commit environmental disasters to achieve these goals.
The Soviet Union and the KGB refuse to let the purging of communists in the United States as awhole by Senator Joe McCarthy, and the House Un-American Activities Committee, deter them. Soviet Premier Khrushchev authorizes the KGB to embark on an ambitious, decades long plan to destroy the United States from within through the corruption of American politicians, the American education system, terrorism, and environmental disasters. Gary Jackson, the main character, is the fulfillment of the KGB plan to destroy the United States from within. They raise him from birth to hate everything about the United States, indoctrinate him, and introduce him to terrorists across the world, where the KGB dictates all terrorist attacks. When Gary is a teenager, he is sent to the United States to assimilate and begin his mission. Nothing will deter his goals of completely and utterly destroying the United States.
When the Soviet Union dissolves, he is given a choice, and he decides to continue with the mission. A terrorist organization ends up filling in the gap left by the absent KGB, and they, together with Gary, conspire to destroy everyone in the United States who doesn't agree with them.
Links to buy:
https://www.createspace.com/3469577
http://www.amazon.com/The-Usurper-ebook/dp/B003VP9VVK
http://www.amazon.co.uk/The-Usurper/dp/B003VP9VVK
http://www.smashwords.com/books/view/18734
http://search.barnesandnoble.com/The-Usurper/Cliff-Ball/e/9781452429205
http://itunes.apple.com/us/book/the-usurper/id382529518?mt=11
Reviews/comments:
"A cold-blooded, Clancy-esque political thriller; The Usurper is sure to entertain." --Nurture Your Books - nurtureyourbooks.com/?p=919
"I just finished reading The Usurper and enjoyed the book. I love the concept of this book and the ending caught me totally off guard. The Usurper is a quick read. There are many correlations with the real world that most of us can relate to. If only they had turned out differently. The book smacks of conspiracy theories. Who knows, this book could possibly be one of those that, in a few years, will make us wonder, "How did the author get so close to the truth?" -- J.C. Phelps
"The Usurper is not usually my favourite type of novel but Cliff Ball really surprised me. This is a very fast-paced, action-packed book once you get past the first few chapters. I think what impressed me the most was Ball's very accurate depiction of the power of indoctrination. In many ways it was a rather chilling view of what 'could have been'. If you like political thrillers then I highly recommend it." -- Tracey Alley 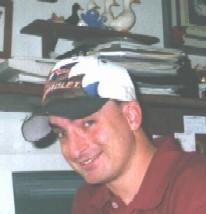 Author Bio:
Cliff Ball, is 36, single, and lives in Texas. Has a BA in English, and is hoping to pursue a MA in Creative Writing from University of North Texas. Has three novels on the market, The Usurper, Out of Time, and Shattered Earth. Won 3rd in a short story contest through Creative Writing in high school. Works as a freelance copy-editor.
Relevant links:
Author website: http://cliffball.webs.com
Author blog: http://cliff1974.wordpress.com
Twitter: http://twitter.com/cliff_ball
Facebook: http://www.facebook.com/cliff.ball.author
Excerpt from Chapter 4:


"Do you know who else is enemy of the people?” asked Putin.


“The enemy is anyone who questions the word of the government. They must be destroyed; nobody can be spared if they disagree,”


“You know who is one of your enemies, Gary?” asked al Hussein.


“One of your enemies is your mother. She doesn't agree with the government controlling peoples' lives, and she thinks terrorism to control the people is bad. What do you think we should do with her, Gary?” asked Putin.


“My mother is an enemy? But, she could be on our side,” Gary innocently said.


“We've talked about this before, Gary, and you know what you must do,”


“Yes, I know, but she will destroy all that we are working for, and all of your future hopes and dreams. Again, I ask you, what should we do to people like her?”


Gary sighed, gulped a couple of times, and said, “The enemy has to die as an example to others not to think for themselves and do what they want. If my mother is an enemy, she must die,”


“Correct response. We need to go visit your mother to see that she is no longer a threat. Let's go, Gary.” ordered Putin.


A few minutes later, the trio arrived at the house Gary and his mother lived in. They went inside, where Ann was in the kitchen cooking dinner, she heard them come in, went to meet them, saw her son, and went to hug him, but, Gary didn't hug her back, so she asked, “What‟s wrong?”


“You are the enemy, you must be destroyed.”


PAID ADVERTISEMENT.  Please support our sponsor:
Posted by Debra L Martin at 7:00 AM