Amanda Hocking - What a Difference A Year Makes! 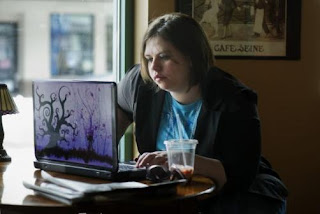 Photo credit: Star Tribune
I first met Amanda Hocking on Kindleboards last year when I had published my own novels.  Kindleboards is a great place to meet other authors.  It was because I had met so many wonderful authors, Amanda included, that I decided to try and give other indie authors as much exposure as possible through author interviews on my blog.  It was my way of paying it forward for all the wonderful support I found in that community.


This week Amanda has signed a 7-figure deal with St. Martin's Press to publish a four book young adult paranormal romance series called the Watersong series.  They're shooting for a fall 2012 release. The Wake is the first book in the series.


I am so happy for Amanda.  She has worked hard for her success.  It's not a fluke.  Here's her interview from August 2010 that she gave me as part of my author interview series.
http://twoendsofthepen.blogspot.com/2010/08/interview-with-amanda-hocking.html

As you can see from that interview, Amanda has been writing books for a long time.  She tried to go the traditional publishing path, but as she said back then about her agent/publisher search "I've been rejected about a thousand times."


Congratulations, Amanda, on all your success.  YOU GO GIRLl!


Here's the article from the NY Times about the deal: http://mediadecoder.blogs.nytimes.com/2011/03/24/self-publisher-signs-four-book-deal-with-macmillan/