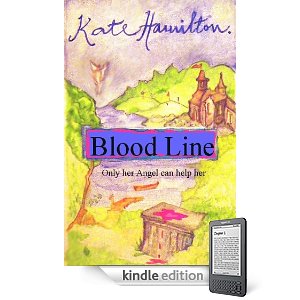 Briefly describe your journey in writing your first book.
I had made the decision to write some time previously and for once did not wish to launch in unprepared. I had the luxury of time and opportunity. After doing some research, I realised it was good to read, write a first amateur novel to begin and then steadily learn the craft of writing. This inevitably took me on a long and wide journey visiting many wonderful authors - Dickens, James, Wharton. Then it gradually became more contemporary as I began to study my peers.
Did you approach literary agents and traditional publishers?
My first novel A Symphony of Time was put forward to the second round of the waterstones/faber&faberWOW competition. On the strength of that it was picked up off the slush pile of a leading London agent. But their response was extremely slow and in the end they did not choose to publish it.
I then had interest from a publisher, but again did not go too far as I we disagreed over the moral content of the novel.
Why did you choose to publish on kindle?
The timing of my discovery of kindle publishing was Heaven sent. I had been disillusioned by the dictatorship of the traditional publishing route. I felt I had valid things to say and feel freedom of speech is one of the values that are upheld by kindle.
Do you design your own covers?
One of the unexpected exciting things about self-publishing is that I can use my artistic gifts and love doing my own cover design.
What has been the worst thing about independent publishing so far?
What I refer to as the secretarial side. Things like struggling with file formats and getting to grips with how various forums work have taken up more time than I would have liked.
And the best thing?
Discovering a whole new world of interesting people who love to communicate. The publishing industry is vast, but so far I have come across a great deal of good will. It is exciting to be on the frontier. Kindle has been my way through to the world so far. I love books, however and it would be wonderful to be picked up by the traditional publishing route too after a while. So many great authors were self published at first. So in a way I am following tradition. It was thrilling to think my work had become available to the world.
How did you feel when you made your first sale?
Truly grateful. Thrilled.
What kinds of social media are you involved in?
Kindleboards has been a real learning curve. Facebook and twitter. Goodreads and Librarything. I also have my own blog on my website which I enjoy writing. http://www.kate-hamilton.co.uk
What is next for you?
I am working on my next romance 'CONCILIATION', which is a historical romance set in the Regency period in England. I hope to have this published before Easter.
Posted by Debra L Martin at 8:00 AM