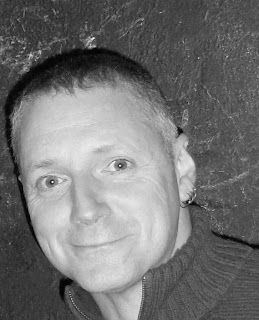 Briefly describe your journey in writing your first or latest book.
My latest book continues the adventures of Prosper Snow, the protagonist from The Kult. He’s a police officer who seems to break more laws than he upholds, even going so far as to help his friends commit murder. Now before you think he’s obviously corrupt and really a bad guy, the truth is that he’s not. In The Kult he’s more or less blackmailed into helping, but in the next book (tentatively titled Killers), the repercussions from what occurred in the first book still haunt him, and yet again he finds himself in a life threatening situation where all is not what it seems, and to uphold the law he will have to break it first.
Did you query agents and traditional publishers?  How long before you got your offer of representation/your first contract?
Like most authors who started writing before the indie boom, I queried hundreds of agents and publishers. I guess it took about three years to sell my first novel, Evilution to a small press publisher. I also had agent representation at one time, but it didn’t work out and we parted company. Ironically I rewrote the novel the agent was shopping around (The Kult), and sold it myself to another small press publisher. Although that publisher has since folded, I was lucky enough that The Kult has been picked up by a film company called Gharial Productions.
Do you belong to a critique group? Have they helped improve your writing?
Yes, I belong to a group called Renegade Writers. The group is comprised of both published and unpublished writers. I would say that they definitely help me as they constantly spot or point out things that help improve my work. I’d recommend that anyone who really wants to improve their craft seek out likeminded individuals that are prepared to give them honest feedback.
Are you currently under a traditional publishing contract for future books or do you have manuscripts that you will publish directly for Kindle?
I currently have a traditional publishing contract for a couple of books with Dark Regions Press, but I have released my back catalogue directly to Kindle. The next book to be released by Dark Regions is my homage to b-movie monsters and is called Fangtooth.
So how did the film option for The Kult come about?
The publisher at the time actively sought to option the book to film companies, and I was fortunate enough that one of them liked it enough to option it. Now lots of books get optioned but never get made, so I was extremely excited when the option was exercised and it actually went into production. Much like the small press, the film company is an independent working on a limited budget, but everyone involved put a lot of effort into the production. I was lucky enough to fly out from the UK to the US last year to watch some of it being filmed and I even managed to sneak on set for a cameo, so unless it ends up on the cutting room floor, look out for a tattooed man dashing across the screen. The trailer can be seen here: http://www.youtube.com/watch?v=KS-ZF67cEiI
Did you design your cover art?  If not, would you care to share your graphic designer’s information?
The artwork for my traditionally published novels was always undertaken by the publishers involved, but for my indie released novels, I worked on them myself using stock images.
If you used a graphic designer/publisher’s designer, how involved were you during the creative process for your cover?
I was fortunate enough that the publishers I had at the time (and even the current one) have all been open to my suggestions for the cover, and I’ve even been given the chance to approve the covers before they were used, so I’ve been lucky in that respect.
What kinds of social media [twitter, facebook, webpage, blog, writing forums] are you involved with trying to garner publicity for your book(s)?
I doubt there’s one that I don’t use to be honest and to list all the websites, forums and message boards that I frequent would take a while. I list links to some of the ones I’m active at on my website: www.shaunjeffrey.com
Besides Amazon, are there any other sites where your books are for sale?
http://www.barnesandnoble.com/s/shaun-jeffrey?store=nookstore
http://www.smashwords.com/profile/view/crimsonspirit
http://www.kobobooks.com/search/search.html?q=Shaun+Jeffrey&t=none&f=author&p=1&s=averagerating&g=both
What is the best advice you can offer new authors?
You have to be prepared to be in it for the long haul. It’s hard work, especially going the indie route as you have to wear many hats, that of writer, publicist, seller etc, so you have to find time to fit it all in. Also remember that writing is a lifelong journey and you never stop learning.
What’s next for you?
Well as long as people on the whole continue to enjoy my work, then I’ll keep writing.
Posted by Debra L Martin at 8:00 AM