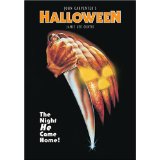 Halloween, 1978 – I was ten years old, living in Rochester, Minnesota. I was too young to see John Carpenter’s Halloween, which had been released only a week earlier – even if I’d had the chance, I doubt I would’ve gone at that age. Sounded too damn scary. But for the actual celebration of Halloween, ten was a great age. Back then we were let out on our own with a group of friends, and by that time I realized that those plastic jack-o-lanterns used for collecting candy were for amateurs. It was balls-out with the pillowcase if you were taking your candy collecting duties seriously.
The week leading up to the event was one filled with anticipation. In school, we made Halloween decorations, cutting pumpkins and bats and witch’s hats out of colored construction paper. They’d serve us milk infused with green food coloring, calling it Witch’s Brew or Ghoul’s Delight, and pass out sticky popcorn balls. The local police would stop by and serve their safety warnings with a bag of caramels and Smarties. 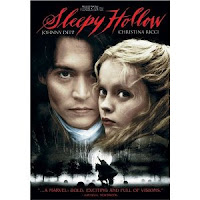 We’d gather in the lunchroom/gymnasium and watch the Disney version of The Legend of Sleepy Hollow or Them or Abbott & Costello Meet Frankenstein shot from a 16mm projector up onto a pull-down screen (and there was always some smartass who’d stick a finger in front of the projector’s light to make it look like a huge silhouetted appendage was poking one of the actors in the ass). We’d also have the Halloween parade, where we’d all march in single file around the school grounds while parents took pictures of us.
Halloween, 2011 – So now I’m a bit older...okay, a lot older, and I try to watch John Carpenter’s Halloween annually, although now I have to watch it after the kids are in bed, because they’re nine and ten years old. Last year, their plastic jack-o-lanterns filled up so fast – it’s time to turn them on to the pillowcase method if we’re going to get balls-out serious.
I no longer live in Rochester, and the schools up here don’t celebrate Halloween. Instead they have a Fall Harvest Festival, or something like that, but that’s okay. We still spend great care picking out just the right pumpkins, and the kids help design the faces that I’ll carve like a drunken plastic surgeon into the orange flesh. They don’t care for the pumpkin seeds I roast, but I still do it.
My wife or I alternate each year in taking the kids out trick-or-treating. Our son has autism, and so we need to stick to his side when we go up to ring the doorbell, partly to coach him on what to say (he usually has the patter down by the end of the night) and partly to keep him from running into the houses and grabbing handfuls of candy. He loves candy. He also gets excited about dressing up in his costume and will sometimes put it on for days afterward when he gets home from school. His older sister loves candy, too, and her best friend is coming along with us this year. 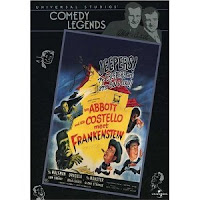 I think after they get home on this upcoming Halloween night, as they sort out their candy on the living room carpet, I will turn on Abbott & Costello Meet Frankenstein. And after they go to bed, I’ll sit a spell in the silence of the night watching the candles sputter and flicker inside their hollowed out encasements before finally blowing them out.
Click here for a free story I wrote that takes place on a Halloween night.
Joel Arnold's author page: http://www.amazon.com/Joel-Arnold/e/B003SECIGY 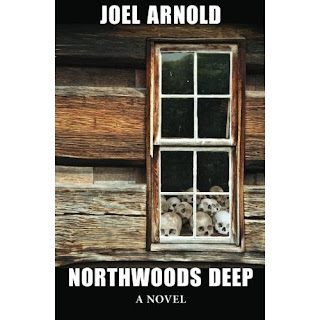