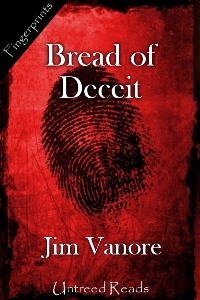 Briefly describe your journey in writing your book.
Untreed Reads published my short story: “One More Round,” last year. This year I have another forthcoming: “Bread of Deceit.” My two previously published novels: Grave Departure and Beware the Leaven will be submitted later this year.
What genre are your books?  Do you write in more than one genre?
“Grave” is a mystery, based on a true incident; “Beware” is a vampire tale, but not one of the “soap opera-ish” type that are so popular with today’s young readers. It’s a work of interpretive fiction, explaining vampirism from its inception in ancient times.
If you write in more than one genre, do you use a pen name?
No. I had thought of that, since I tend to value privacy, but since my name is the same as my father’s, my wife convinced me that it would be a thrill for him to see our names on the cover of a book.
Did you query agents and traditional publishers?  Did you receive an offer of representation or a book contract?
I spent one year querying both publisher and agent for my first book (Grave Departure, 1995) before having it accepted by a small publisher. The book went into its second printing, but the publisher filed for bankruptcy, and I never received a dime for that work.
“Beware the Leaven” (1999) was a POD work by iUniverse, but in 2006, after 11 years of trying, I finally got an agent who sold the foreign rights to Newton-Compton Editori in Rome. The book was published in Italy in 2008 as “Il Vangelo dei Vampiri” (The Gospel of Vampires) and is now in its third (and probably final) printing, the first as a trade paperback, and the second and third as a pocket edition.
What factors influenced your decision to sign with Untreed Reads?
My agent, Al Longden. 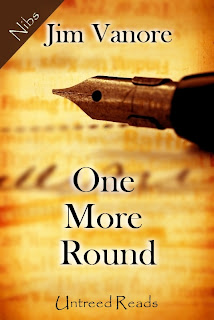 How involved are you during the creative process for your book’s cover design?
Not at all with the first story, “One More Round.” I’m in the process of reviewing the proofs of “Bread of Deceit” at this time, so I’m unsure if I’ll be consulted. I suggested the cover for both my novels in America, but the Italian version was strictly the idea of the publisher in Rome. I didn’t know about either the title change or the cover redesign until I saw the book in print.
Do you plan to self-publish any other books or will you stay with Untreed Reads?
I plan on staying the course with Untreed Reads. I like their professionalism and attention to detail. My background as a newspaper editor demands that professionalism.
What kinds of social media [twitter, facebook, webpage, blog, writing forums] are you involved with trying to garner attention for your book(s)?
I have a Web site (jimvanore.com), a blog (http://jimvanore.blogspot.com/), and deliver weekly commentary on a local radio talk show segment called “Writer’s Block.” The show can be heard Tuesdays from 1-2 p.m. via the Internet at wbcb1490.com
How do you feel about the world of digital publishing?  Do you think it will replace traditional publishing one day?
Digital publishing is here, and firmly entrenched. However, I don’t believe traditional publishing will ever disappear. What we may see is a process similar to what is happening in the newspaper industry, wherein an item hits the paper’s Web site soon after it is received. The print edition is then “fed” from the Web edition. Print follows digital in that process, and I have no reason to doubt the same progression won’t develop in the book publishing industry.
What is the biggest thing you’ve learned during your journey as an author?
I won’t waste your readers’ time telling them that writing is a grind, or that you’ve got to have a fire in your belly, or that you must be tenacious to be successful. They’ve heard all those platitudes and read them ad nauseam in the writing manuals. What I think is more vital is to be prepared for what follows publication. Emotionally, it’s similar to running nude in public—you’re (mentally) “out there,” unclothed for the entire world to see. You’re exposed, with all your thoughts, biases, tendencies, desires, and fears flaunted. At least that’s how I feel more often than not.
Do you have any advice for new authors?
Be prepared for some disrespect. Not everyone loves or respects writing (or writers) as much as you do. After I had one of my first articles published in a newspaper, a close friend actually asked me, “They don’t pay you for that, do they?” And he was serious.
What’s next for you?
I’ve started a sequel to “Beware the Leaven,” and I’m also working on a non-genre novel, with the working title “Hunter of Shadows,” chronicling and critiquing some of the changes forced on us during the last half of the 20th century. I’ve already had both “Grave Departure” and “Beware the Leaven” re-prepared for submission as e-books, and I’m re-editing some of my short stories for submission. And, although I’ve “retired” as a newspaper editor, I still do work from home as a freelancer.

Email ThisBlogThis!Share to TwitterShare to FacebookShare to Pinterest
Labels: interview