Can you give us a brief overview of your latest book? 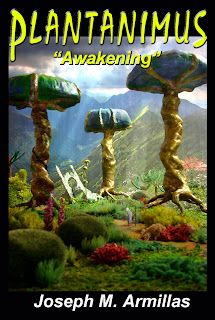 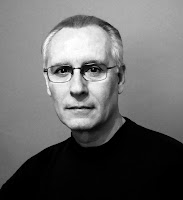 I grew up in a very artistic creative family. My mother and father were in show business. My mom, Margarita Lecuona, was a very well-known Cuban songwriter. She wrote Babalu, made famous by Desi Arnaz on the “I Love Lucy Show”. My dad was an Argentinian actor/singer/dancer. Both always encouraged me to experiment with my creative side. I began writing short science fiction stories in grammar school and I never stopped. I also had a successful career as a musician for over thirty years. So I’ve never been short on inspiration. My problem with writing for many years was discipline, which is why it took me so long to finally become a serious writer.  The inspiration for Plantanimus came from a dream that I had over three consecutive nights in the summer of 2000. I’ve always been able to “lucid dream”. It’s an ability that came naturally to me, so it was very easy for me to remember the arc of the story and write down the entire three part dream which eventually became the three books of the Trilogy; Plantanimus “Awakening”, “Return to Mars” and “The Gulax War”.
What’s next for you?
I’m heavily involved in the marketing and promotion of Plantanimus “Awakening” at the moment, but when time allows, I continue proof reading Return to Mars, and doing some minor re-writes on The Gulax War. I’m also working on the last few chapters of a fourth book which is connected to, but not part of the Plantanimus trilogy, titled Reunion. That one’s on the back burner but I pick at it whenever the muse comes. Additionally I’ve recently began to lucid dream a follow up to the previous four books, tentatively called “Kelem’s Ascension”. That one is still in its cocoon stage, but I’m writing down everything that comes my way the moment I wake up! All are part of the same universe that comprises the story of Kelem Rogeston.
Posted by Debra L Martin at 8:00 AM