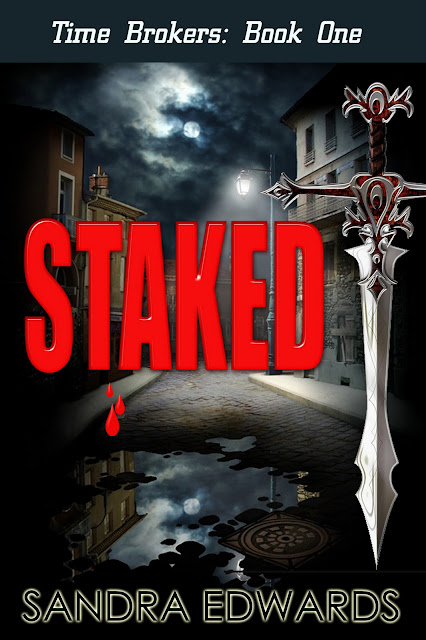 Book Blurb:
Ava Valentine is a time-traveling bounty hunter from the distant future. She's chased her fugitive back to present-day New York City, where she anticipates an uneventful capture even though she's a little on edge because she's meeting a new contact.
Dexter Stone is a mysterious soldier of fortune who's agreed to take Ava to her bounty--for a fee. What Ava's not expecting is to get mixed up with a man she suspects is a vampire!
After a run-in with an unsavory character from Ava's past, she and Stone are forced into an uneasy alliance. But very soon she'll discover she could be Stone's saving grace--or his downfall.
Buy Links:
US Kindle: http://www.amazon.com/dp/B0052MSYRW
UK Kindle: http://www.amazon.co.uk/dp/B0052MSYRW
Review Snippets
"The stage has been set for a great series" --Bitten by Paranormal Romance
"These characters were witty, sexy and altogether great" --Readers Favorite Book Reviews
Author Bio: