Spotlight: CADMAN'S GAMBIT by D.P. Prior 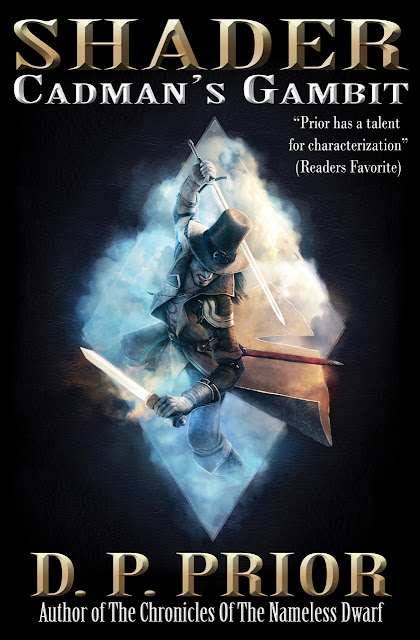 Book blurb:
Dr Ernst Cadman has led a quiet life, but that’s how he’s wanted it all these hundreds of years. With a secret like his, anonymity and caution are the best friends a man can have. Nothing could tempt him from the safety of his parasitic existence at the heart of the city of Sarum—at least nothing this side of the Abyss.

Cadman stakes everything on obtaining the artefact that once destroyed an entire civilization, but in so doing he draws the gaze of a sinister presence from beyond the stars.

Meanwhile, Deacon Shader, veteran of the war against the undead armies of the Liche Lord, has one last fight in him. This time it’s just a tournament, with the prize a sword steeped in myth. Win or lose, Shader intends to defy his Templum master and retire to the Abbey of Pardes.

When a horror from the past wrecks Shader’s monastic dream and leads him to plague torn Sarum, he finds an ancient power unleashed that imperils more than he could possibly imagine—a power now in the hands of Dr Cadman.

Gods tremble, and worlds will fall unless Shader can conquer his personal demons and accept the fate he’s been prepared for since birth.


"Cadman's Gambit" is the first book of the six part SHADER series by D.P. Prior. An excerpt of Book 2, "Best Laid Plans", is at the end of the Kindle version of this book. There are also excerpts from three other great fantasy books.


Reviewer's Comments:
"Cadman's Gambit is a work of pure intellect, taking the best facets of fantasy, science fiction, and philosophy, and mixing it all together into a genus all its own....I couldn't put it down, though I took my time with it, wanting to bathe myself in every word, every turn of a phrase." Journal of Always


"This tale is well written and has a nice sense of pace and timing. There is an intriguing mix of horror, fantasy and Sci-Fi space adventure. Would I read the second book...absolutely." R Nicholson 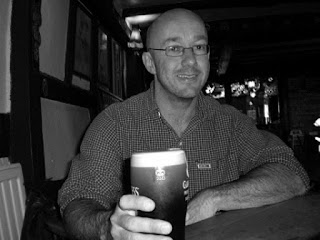 D.P. Prior has a background in theatre, music, theology, psychiatry, and physical training.
He is the author of the SHADER series of fantasy books, the first of which, "Cadman's Gambit" is now available in paperback and ebook formats. Other works by D.P. Prior include: "The Ant-Man of Malfen", and "Thanatos Rising".
His main writing influences are Edgar Rice-Burroughs, David Gemmell, Stephen Donaldson, Mary Doria Russell, Robert E. Howard, and Michael Moorcock. His work is also infused with his passion for mystical theology, philosophy and a childhood love of Dungeons and Dragons.