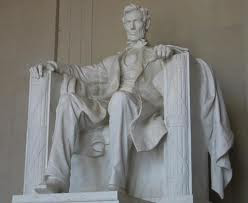 Abraham Lincoln may be the greatest of all US presidents. He ended slavery, won the Civil War, and ensured that the United States would remain united in the modern world. His face is printed on the five-dollar bill and stamped on the penny. The Lincoln Memorial is one of the nation’s iconic sites.


But Lincoln’s Birthday on Feb. 12 is not a national holiday, and it never has been. Nor is Lincoln officially remembered on a federal President’s Day in late February. That’s just not the case, despite a widespread belief to the contrary.


True, people have tried to make Lincoln’s birthday a US day of commemoration. One of the first was Julius Francis, a shopkeeper from Buffalo, N.Y. Beginning in 1874, he made the public remembrance of the 16th president his life’s mission, according to a 2003 Buffalo News article on the subject. He petitioned both Albany and Washington. New York went along and made Feb. 12 a state holiday. Washington and Congress did not.
Remember that for decades following the Civil War the South and North remained split as to how to remember its sacrifice and heroes. Days to remember the fallen arose on separate dates in the two regions. In was only with the nationalizing tragedy of World War I that these combined into the Memorial Day we now celebrate.
Thus, a national Lincoln holiday would have been controversial to many in the South until well into the 20th century. Perhaps that’s why Congress as a whole remained resistant.
That didn’t stop states, of course, and many state governments followed New York’s lead in establishing Lincoln’s birthday as a holiday. On Feb. 13, 2012, state offices in Illinois will be closed to honor the Great Emancipator.
But in recent years, some states have ditched Old Abe, in part because it falls near the federal holidays of Washington’s birthday and Martin Luther King Jr. Day. In 2009, the California legislature passed a bill ending Lincoln’s birthday as a paid state holiday.
This bill called for the legal public holiday known as “Washington’s Birthday” to be known by that name and no other. But it also requested that the president “issue a proclamation each year recognizing the anniversary of the birth of President Abraham Lincoln and calling upon the people of the United States to observe such anniversary with appropriate ceremonies and activities.” This legislation was assigned to the House Committee on Government Reform, and there it languished, unpassed.

Thus, 203 years after his birth in humble circumstances in rural Kentucky, Abe Lincoln still doesn’t have a federal day to call his own.
Posted by Debra L Martin at 8:00 AM