RESEARCH IS A 4-LETTER WORD by Michaelbrent Collings

Write what you know.  That’s what they say (whoever “they” are).  And they’re right.  Sort of. 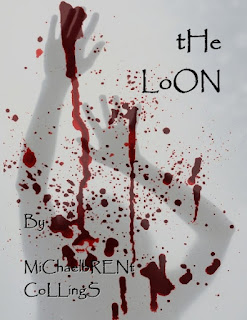 But what if you desperately want to write about a diabetic serial killer who has taken a group of high school students hostage and is killing them one at a time unless the police give in to his demands and provide a steady stream of insulin and candy bars?

Chances are, if you’re anything like me, you have some information about diabetes, less about insulin.  Serial killers?  I’m gonna plead the Fifth on that one.  And yeah, I know I was a high school student, but much of that has been blocked out and the shrinks say something like “mental walls” and “extreme stress-related traumatic amnesia” and “you still owe me five hundred dollars,” so I’m more limited on what high school students are than anything else.

I do know candy bars.

Want to know what the worst thing to do is?  Scrap the project.

Now, don’t get me wrong.  I think that research can really improve your work… if you do it right.  And that’s a big muthah of an “if.”  The problem with research is that people either do it shoddily (in which case you’ve just wasted time and gotten no return on that investment), or worse, they forget the research is just a means to an end.  The research becomes the point, and the writer forgets to actually, you know, WRITE! 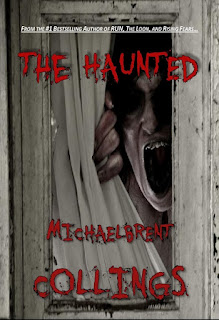 This almost happened to me on my last project, a fairly good haunted house story called The Haunted.  Now, as of this writing The Haunted is currently in its second straight month on amazon.com’s Horror Bestsellers, so I must have done something right (or write… get it?  I crack me up!).  But I very nearly didn’t get it right.  Or even written at all.  See, the story is about ghosts, it’s about things that go bump in the night.  It’s about exorcisms and ghost-hunting techniques, and about a family that has some very serious problems that I have never personally run into.  So I decided (bright guy that I am) to do some research.

And what did I find?

But see, that was the problem.  After a few days I realized that I had wandered far astray from my original goal, which was to research enough about specific things to write the story I had in mind in a credible way.  Now, I was just researching in a neverending stream of Google, read, Google, read, Google, read.  Then lather, rinse, and repeat.  It could have gone on forever (if there’s one thing I absolutely know, it’s that the internet is basically infinite).

For some writers, I think this actually happens to them.  They start researching for information that will support their plot; that will enrich their characters.  But they become so enamored of the information that they follow it too far.  They spend too much time on it, and suddenly they find out they’re feeling over-interested about one thing or another totally unrelated to the bones of their story.  Suddenly, the work has transformed from fiction to a passion project.

This is the kiss of death.  Being passionate about your work is great, but when a writer forgets that he or she is a storyteller first and foremost, and starts thinking of him or herself as a political activist who will slip critical info into a ripping good story… well, you’ve got trouble.

I want to be clear here: having a message in your work is great.  When a fiction writer takes a kick-butt plot and fills it with believable and interesting characters, that’s a win.  Then if the author can bolster the whole thing with thematics or a moral message, you just might have a classic on your hands.

But that’s the only way it works.  Sadly, too many writers – and this is especially endemic to the highly successful writers, who feel that they’ve got “something important to say” and enough clout that they don’t have to listen to their editor or publisher anymore – suddenly decide that the first thing should be the message.  And then they fill in the cracks around that message with a plot that they crease and bend until it fits around that message, whether it was meant to or not.  Then maybe they throw in a few characters who aren’t really characters, but a series of strawmen and mouthpieces.

Surprisingly to no one but the author, this makes for a second-rate novel, which, at its core, is not a story, but a lecture. 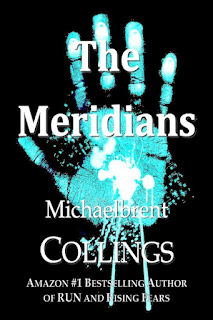 So now, let’s return to the premise we started with.  Write what you know.  And if you don’t know something, fine.  Research it.  But don’t become a researcher.  That’s a different (and usually higher-paying) job than that of a storyteller.  Find out what you need.  Then stop and write the damn story.

Writing a story is what makes a writer.  Not spending time in the library, not getting out there and finding stuff out.  Granted, you have to have a life, and the richer your life, the deeper and richer your writing will tend to be.  But write write write at the end of the day.  Write write write as soon as you know enough to tell your story.

Research can be great.  It can be fun.  It can improve your story… as long as you remember that’s the reason you’re doing the research in the first place.

Research is a means.

Story is the end.

And anyone who tells you different… well, they’re just trying to keep the quality of the competition low. 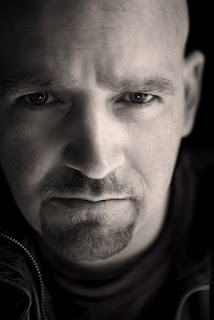 Michaelbrent Collings is an internationally bestselling author and produced screenwriter.  His first novel, RUN, was a #1 bestseller on amazon’s horror and sci-fi lists, and his most recent project, The Haunted, has been on amazon’s Bestselling Horror for longer than most Hollywood marriages.  He is also a produced screenwriter, member of the Writers Guild of America and Horror Writers of America, and hopes to have a cool robot arm someday.

You can follow him on Facebook at www.facebook.com/MichaelbrentCollings, or just cyberstalk him at his own website: michaelbrentcollings.com.  He also offers screenwriting and novel writing assistance at reasonable fees, so drop him a line if you need help.  Or even if you don’t.  ‘Cause it can be lonely out there.