Writing with a Co-Author: Leave Your Ego at the Door 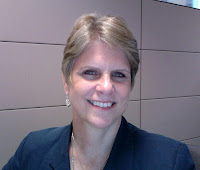 I thought about what to write about and finally decided that I was in a unique position to talk about a specific topic that most authors probably will not experience--that is, writing with a co-author. I originally wrote this piece was my friend, John Marco, but thought I'd republish it here as well. If this helps any aspiring authors who'd like to collaborate, then I'll be happy. Hopefully, this will save you from making some of the mistakes that we made starting out together. 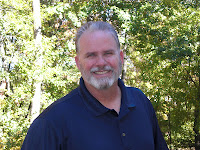 I started writing with my co-author, David W Small, in 2006. I was lucky to have such an awesome co-author, but I’m a bit biased. You see, David is my brother and he has traveled around the world while in the Marine Corps. With his military background, I could be sure that any fight/battle scenes in our books would be spot on.

Growing up we both enjoyed the same types of books—science fiction and fantasy—and even into adulthood, we would pass books back and forth on a regular basis.  One day I was on the phone with Dave while he browsed the latest books in SFF and he was complaining that every book available was basically the same. I said, “we could write our own book,” and our collaboration was born.

Now saying you’re going to write a book and actually writing one is at opposite ends of the spectrum. As any author will tell you, they’re heard that exact same statement from lots of people, but actually following through on it and putting words to paper takes a tremendous amount of time, energy and self-determination.

Our first book was Quest for Nobility, a fantasy based on the distant planet Otharia. Our main characters were royal twins (brother and sister). Surprising, right? Anyway, it made perfect sense for us. We’ve had a loving relationship all our lives and it wasn’t hard to write these characters and how they would react to the conflicts we would throw at them. We had a general outline of the book and initially assigned each other a chapter to write. Now that sounds reasonable, however, it turned out to be a disaster.

We turned out to be pretty similar in our writing styles which meant that we included pretty much all the same information in both chapters. Out came the delete button and thousands of words went into the trash bin. So then we figured that we would write one chapter at a time before we sent it to the other one for edits. That way we both knew what was already in the chapter and could move forward with the next chapter without repeating the same information. Still, it wasn’t all smooth sailing especially when something was added that we both didn’t agree on. Our mutual test was “if you can’t justify why something is included, then out it goes.” Yes, you definitely need to leave your ego at the door and keep the big picture in mind. You want to write the best book you can and sometimes that means things got left on the cutting room floor.

So that should have worked, right? Wrong! Do you know what happens when two people are writing a story without a specific outline? It’s not pretty and ¾ into the book, we thought of a fantastic tangent that we had to include in the book. That meant we needed to go back to the beginning chapters again and rework them so that our new tangent made sense. When we finally finished the book, we felt like we’d run a marathon, but we weren’t done yet. After letting it set for a few weeks, it was back for another round of edits. It’s amazing how much you see that needs to be changed if you step away for a bit.  All in all, our first book was probably edited from cover to cover at least 6 or 7 times before it went to our editor for the final edit. That’s a lot of editing, but the book is now something we both are proud to put our names on. This was also the book that nearly landed us an agent in 2008, but in the end, it didn’t work out. The one positive thing we came away with though is that we didn’t suck at writing! We could write an exciting action-packed adventure and that was a huge boost for us.

Because of our experience in writing Quest, we knew that we needed more than a 10,000 foot outline. In the second book in the Otharia series, The Crystal Façade, the writing went much more smoothly. We were getting into our groove and we had a much more extensive outline to work from. That’s not to say that we don’t think of “cool” things to add in along the way, we absolutely do, but at least now when we add in an unexpected twist or another tangent we don’t have to backtrack to the beginning and fix the plot. Even though we both know what the outline says, it’s still exciting to see how it actually turns out especially when we both add in little tidbits as surprises for the other.

Our newest release, Assassin’s Curse, the first book in a new series, “The Witch Stone Prophecy,” was an absolute blast to write and we have definitely gained our rhythm writing together. We are currently working on the next book in that series and will then tackle the final volume in the Otharia series.

Dave and I love writing together. It is a fantastic creative outlet for us, but it may not be for everyone. If you plan to write with a co-author, make sure you have compatible writing styles. When Dave and I look back at our books, we can’t remember who wrote what and that’s a very good thing!