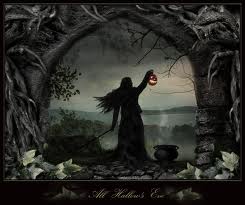 Halloween had its beginnings in an ancient, pre-Christian Celtic festival of the dead. The Celtic peoples, who were once found all over Europe, divided the year by four major holidays. According to their calendar, the year began on a day corresponding to November 1st on our present calendar. The date marked the beginning of winter. Since they were pastoral people, it was a time when cattle and sheep had to be moved to closer pastures and all livestock had to be secured for the winter months. Crops were harvested and stored. The date marked both an ending and a beginning in an eternal cycle.

The festival observed at this time was called Samhain (pronounced Sah-ween). It was the biggest and most significant holiday of the Celtic year. The Celts believed that at the time of Samhain, more so than any other time of the year, the ghosts of the dead were able to mingle with the living, because at Samhain the souls of those who had died during the year traveled into the otherworld. People gathered to sacrifice animals, fruits, and vegetables. They also lit bonfires in honor of the dead, to aid them on their journey, and to keep them away from the living. On that day all manner of beings were abroad: ghosts, fairies, and demons--all part of the dark and dread. Samhain became the Halloween we are familiar with when Christian missionaries attempted to change the religious practices of the Celtic people. 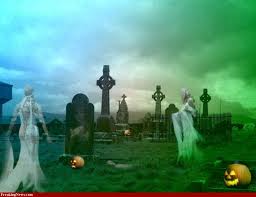 All Saints Day, otherwise known as All Hallows (hallowed means sanctified or holy), continued the ancient Celtic traditions. The evening prior to the day was the time of the most intense activity, both human and supernatural. People continued to celebrate All Hallows Eve as a time of the wandering dead, but the supernatural beings were now thought to be evil. The folk continued to propitiate those spirits (and their masked impersonators) by setting out gifts of food and drink. Subsequently, All Hallows Eve became Hallow Evening, which became Hallowe'en--an ancient Celtic, pre-Christian New Year's Day in contemporary dress. 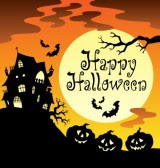