Crowdfunding for Social Good: Financing Your Mark on the World

Over the last year of writing my Forbes blog, I have had the opportunity to really dig deeply into the world of crowdfunding. I’ve just completed my first draft of my new book, Crowdfunding for Social Good: Financing Your Mark on the World. The book is a guide to successful crowdfunding for people who want to change the world.

The book is not a sequel to my book, Your Mark On The World, but it is written in the same spirit. I’ve studied a dozens of successful crowdfunding campaigns, interviewing the people behind them to learn their secrets for success. Devin's Book, Your Mark on the World, was downloaded over 75,000 times and reached the #19 spot on Amazon's free book list--among all free books. It remains on the top 50 free nonfiction books at Amazon. Devin D. Thorpe thinks he is the luckiest person alive. After being “let go” from the best job he’d ever had—as the Chief Financial Officer of the multinational food and beverage company MonaVie—he and his wife ended up living in China for a year where he wrote Your Mark On The World and embarked on the career he’d always wanted yet hadn’t dared dream. Now, as an author, a popular guest speaker and Forbes contributor, Devin is devoted full time to championing social good.

His current life isn’t much like his past. As an entrepreneur, Devin ran—at separate times—a boutique investment banking firm and a small mortgage company. He served as the Treasurer for the multinational vitamin manufacturer USANA Health Sciences years before becoming CFO for MonaVie. Over his career he led or advised on the successful completion of $500 million in transactions. Devin squeezed in two brief stints in government, including two years working for Jake Garn on the U.S. Senate Banking Committee Staff and another year working for an independent state agency called USTAR, where he helped foster technology entrepreneurship during Governor Jon Huntsman’s administration.

Devin is proud to have graduated from the University of Utah David Eccles School of Business, which recognized him as a Distinguished Alum in 2006. He also earned an MBA at Cornell University where he ran the student newspaper, Cornell Business. Today, Devin channels the idealism of his youth with the loving support of his wife, Gail. Their son Dayton is a PhD candidate in Physics at UC Berkeley (and Devin rarely misses an opportunity to mention that). 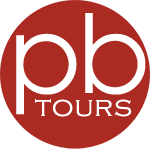 
Tour Prize: Devin is giving away a Kindle Fire HD!
a Rafflecopter giveaway
Posted by Debra L Martin at 2:00 AM