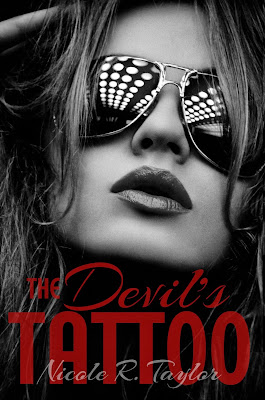 Zoe Granger is a emotionally scarred young woman who has retreated from life except that her best friend Dee won't let her disappear altogether. Dee wants Zoe to join his band, Devil's Tattoo, and although Zoe doesn't think she's good enough, it soon becomes clear that she is a talented musician. As the band becomes successful, she begins to come out of her shell, that is, until she meets Will Strickland, a bass player in the band The Stabs who has emotional scars of his own. When the two bands tour together, Zoe and Will want to deny their growing attraction to each other, but some things are just too hard to deny.

The story is told from two points of view: Zoe and Will and the author does a good job of staying in character for each. It is a typical love story - boy meets girl, boy gets girl, boy loses girl, but it's told with gritty raw emotion and I applaud the author for her writing. No spoilers here. You'll have to read the book to find out if these two have a happy ending. If you're into the music scene, you'll enjoy it all the more as the book follows the two bands while they're on tour.  On the downside, there were numerous typos and missing words and the book could use the eyes of a good editor. While I did enjoy the book, it's not one that I'd read again.