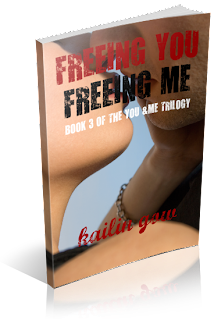 Are you currently under a traditional publishing contract for future books or do you have manuscripts that you will self-publish? Are you doing both?
I have been offered traditional publishing contracts for a handful of my series by some major publishers this year and last, but have decided to go the indie route for particular reasons. I do self-publish, and I also publish other people’s works. So I’m a hybrid in many ways, and I will be open to all possibilities if it is what’s right and best for a particular book.

What factors influenced your decision to self-publish your book(s)?
I wanted to offer something that was different in all the books I’ve seen being published at the time. I wanted to provide a list of resources for help at the end of a fiction novel. I also wanted to be able to give part of the proceeds of the book sales to the American Red Cross at the time.  Additionally when I started going indie in YA and New Adult, it is because I wanted to mix genres, which is something traditional publishing did not have at the time. Mixing genres was taboo.

If you used a graphic designer/publisher’s designer, how involved were you during the creative process for your cover?
Very much involved. I choose the photos and even direct the style.

Do you belong to a critique group? Have they helped improve your writing?
I was initiated into a writer’s group a while back with some pretty popular authors in the same genre, especially my ya paranormal romances.  The idea of the group as supporters of each other as authors and of the genre would have worked had it not been for some of the social dynamics of the group and undefined group rules which was not clearly conveyed to all members.  Author and writers’ groups would work if rules are clearly defined, and especially in a critique group, egos are checked.

Do you outline your story or just go where your muse takes you?
I always outline first.

Did you hire an editor to review your manuscript before publishing?
An editor and at least two other proofers. Plus I have betas.

What advice would you give a new author just entering into the self-publishing arena?
Just keep writing. Thank everyone who helped you become successful on the way up, and manners are important.

Besides writing, do you have any other passions?
Yes, reading, traveling, filming, and trying new foods.

What’s next for you?
After releasing Freeing You Freeing Me, I’m getting ready to release my Adult Steamy book series’ Master Chefs Series final book in the series, Consume Me and then releasing the final book in the PULSE Vampire Series, called Blood Curse.  I’m also getting ready to host/organize the 2nd Rockin’ the Holidays Indie Readers Bash Author Signing for 2014.

Author bio:
Kailin Gow uses her author platform to bring awareness to issues affecting young adult and women. She has appeared on national radio as a regular guest on topics such as body image, self-esteem, dating and sexual relationships, bullying, and more; often brought up in her fiction books for young adults and women.

She is a graduate of the Annenberg School for Communications Masters in Management program in journalism, marketing and publishing at the University of Southern California.