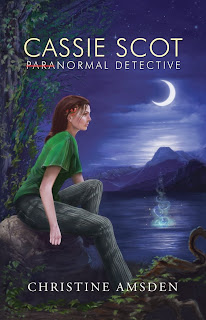 Who would you most like to be stranding on a desert island with?  Least?  Why?
Most – my husband. Least – myself. I'm really as much of me as I can handle.

First book you remember making an indelible impression on you.
The Lion, The Witch, and The Wardrobe by C.S. Lewis

If you could only eat one food the rest of your life, what would it be?
There isn't anything in the world I would want every day for the rest of my life, and that includes chocolate. If I can only have one thing, it may as well be a vitamin pill.

If you were a shifter, what animal would you like to be?
A bird – probably a hawk or falcon. I'd love to fly.

Favorite season? Why?
Spring because it smells so good.

Cassie Scot is the ungifted daughter of powerful sorcerers, born between worlds but belonging to neither. At 21, all she wants is to find a place for herself, but earning a living as a private investigator in the shadow of her family’s reputation isn’t easy. When she is pulled into a paranormal investigation, and tempted by a powerful and handsome sorcerer, she will have to decide where she truly belongs.
Excerpt:


My parents think the longer the name, the more powerful the sorcerer, so they named me Cassandra Morgan Ursula Margaret Scot. You can call me Cassie.

I've been called a lot of things in my life: normal, ordinary, and even a disappointment. After the Harry Potter books came out, a couple of people called me a squib. Since I haven't read them, I have to assume it's a compliment.

Personally, I prefer normal, which is why the sign on my office door reads: Cassie Scot, Normal Detective.

You have to understand that around here, when your last name is Scot, people are easily confused. Not only are my parents powerful practitioners, but I have six talented brothers and sisters. Plus, my family hasn't always been known for its subtlety. When weird stuff happens around here, the people who are willing to believe in magic are prone to suspect the Scots.

The day I opened for business I got a call from an old woman who swore her cat was possessed by the devil. She also swore she'd read my web site, which clearly stated the types of work I did and did not do. Exorcisms were on the No list, and while I hadn't specified pet exorcisms, I would have thought it was implicit. 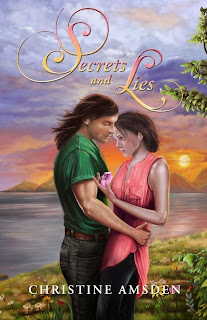 Cassie Scot, still stinging from her parents’ betrayal, wants out of the magical world. But it isn’t letting her go. Her family is falling apart and despite everything, it looks like she may be the only one who can save them.

To complicate matters, Cassie owes Evan her life, making it difficult for her to deny him anything he really wants. And he wants her. Sparks fly when they team up to find two girls missing from summer camp, but long-buried secrets may ruin their hopes for happiness.