#FREE and On #Sale: KING SERIES by Tawdra Kandle 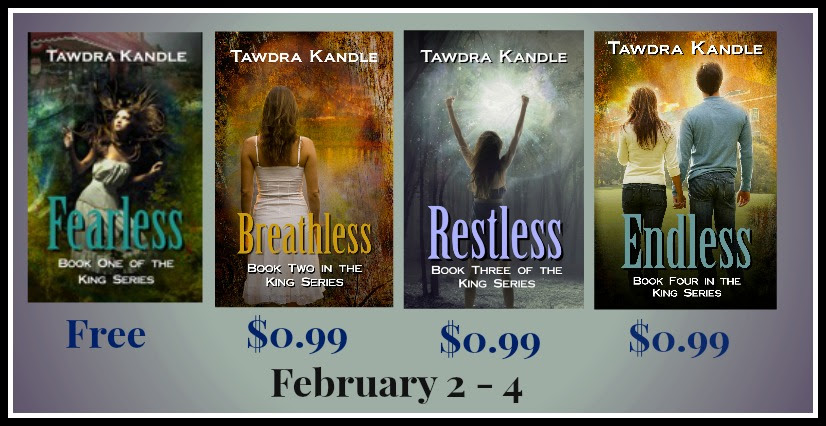 Have you read FEARLESS, The King Series Book One? Grab it now--as a free ebook! 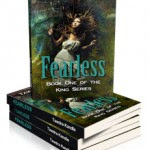 And for a very limited time only, the other three books of The King Series are sale, too. That's right: get BREATHLESS, RESTLESS and ENDLESS for 99 cents each for three days only. AND the complete series box set--along with a tiny preview of Rafe's story--is only $1.99.

This sale kicks off release week for UNDENIABLE: The Serendipity Duet Book One. This is Rafe's book, a spin-off of The King Series. Be sure to come back to this page often to catch the links as soon as they're up, and follow me on Facebook and Twitter for updates.

Subscribers to my newsletter got a special sneak preview of the cover of this hot book last week. Are you a signed up? Do it here!

For the rest of the world, the cover will be revealed here on Tuesday, February 4th. Are you ready for Rafe?

For Rafe Brooks, running from a broken heart means losing himself in alcohol and women. Lots of women, none of whom will remember him, since he has the ability to manipulate their minds and make them forget. Numbing the pain works until he meets an irresistible redhead with secrets of her own. She offers him the opportunity to join forces with an organization that will use his powers for good rather than his own amusement. Jocelyn rocks his world with her unapologetic passion and makes him believe for the first time he just might survive heartbreak. When a mission takes the two of them undercover to infiltrate a commune with suspicious activity, they discover it's just the tip of a plot to cause world-wide anarchy. Hiding their extraordinary powers and real identities is crucial to staying alive. For Rafe and Jocelyn, when life is uncertain, love is undeniable.