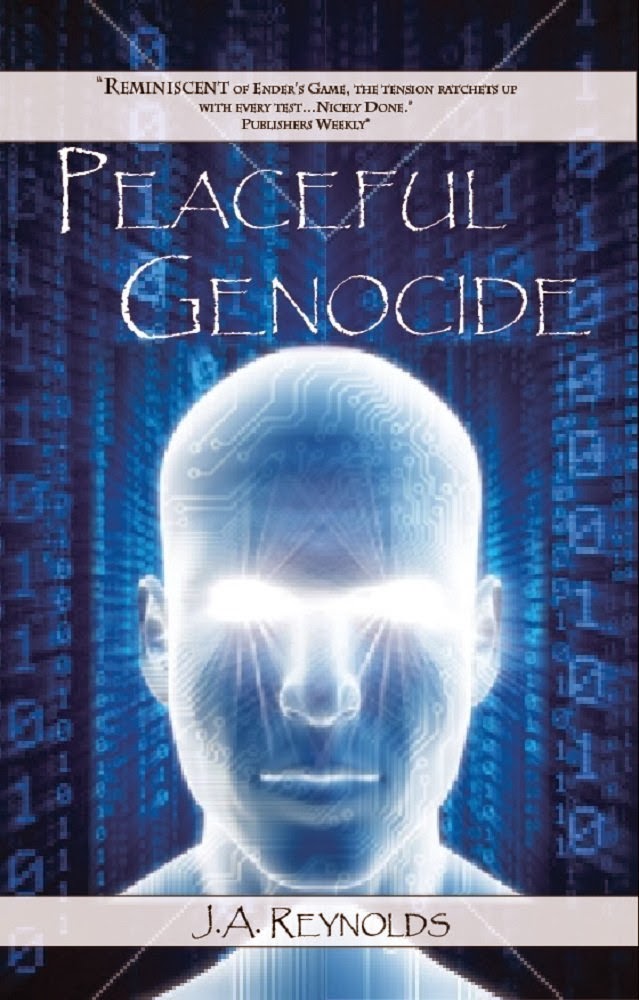 Mitzi is not happy to be in another study to test her memory. She's not like other people, she's gifted and remembers everything, every detail, every place, every conversation from her entire life. When she meets 3 other kids in this newest study, fellow teenager Deuce and younger kids, Ralph and Paisley, she's determined to stay as far away from them as possible. However, the study stresses team work and the physical demands the researchers put them through makes it impossible to complete the tasks alone. Because Mitzi has a bad attitude, none of the other kids believe her when she starts to realize that something is very wrong with this study. What happens next is shocking.

This story starts out very well. The author does a good job of characterizing Mitzi as an angry embittered teenager who because of her bad attitude has a hard time connecting and trusting others. As her back story is slowly revealed, the reader begins to understand why Mitzi acts the way she does. Deuce is the typical high school football star who works hard, achieves his goals and expects to do great things with his life. He's exactly the kind of person that Mitzi wants nothing to do with. This is related very well throughout the story and was refreshing to see that it was not the typical depiction of a boy/girl relationship. Ralph and Paisley have their own skills, but they're secondary characters in this inventive story. A few criticisms - I had figured out the plot about 1/2 way through the book and the last third of the book was riddled with typos and missing/wrong words. The story also ends on a major cliffhanger which I'm not a fan of and I'm afraid that I'm not intrigued enough with Mitzi and Deuce to buy the next book.

Synopsis:
Seventeen-year-old Mitzi and Deuce can recall how many drops of water were on a leaf from a rainstorm five years ago and conversations from last week, month, or year. They have the ability to remember every second of everyday—since birth.

This gift has blessed Mitzi with a history of being sexually assaulted by researchers and abused by her own parents. She trusts no one. Likes no one. Deuce, however, is a high school standout. His gift has made him a superstar on the football field and his memory promises him endless opportunities.

When they both end up at an Alzheimer’s research facility under false proviso, they quickly realize this place isn’t what it seems to be. They endure crazy military-style tests, are forcefully drugged, and complete real-life simulations that haunt them. Mitzi and Deuce have no idea what the researchers want to do with them or their memories. But one thing is clear: the researchers will go to any lengths to get what they want.

AUTHOR BIO:
JA Reynolds lives in the Midwest with a normal family, raising a normal daughter, with some abnormal pets. It’s extraordinarily ordinary.

Giveaway:
Tour wide giveaway Prizes - open to US and Canada:
-A Kindle Fire and
10 signed copies

Traditional vs. Indie Publishing
Working with a Freelance Editor
Making Locations Work for Your Story
Getting to Know Your Readers
Is Your Writing Romantically Challenged?
E-book Covers that Sell
Where have all the Booksellers Gone?
E-rotica or E-romance?
Writing with Co-authors
E-publishing is Exhausting & Exhilarating
Things My Mother Told Me
Simplicity
Writing the Procedural When You're Not a Doctor, Lawyer or Cop
Love Notes
A Rocky Road
Memorable Characters
The X-Treme Novelist
What a Dog-Moving Manuscript Forward
What Creative Credit? Give a Little!
Sister Carmelita and Writing Thrillers
Trashy Novels, Really?
Twelve Days of Christmas: No Golden Rings
It's Time to Break Out!
The Brilliance of Bunnies
Stories My Mother Told Me
Making an Audio Book
Writing Conference, Inmates & the Asylum