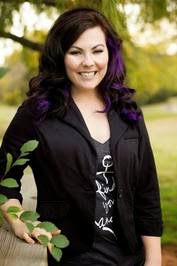 Can you give us a brief overview of your latest book? Is it part of a series?
CUTLASS is about a pirate who wants revenge after his father is murdered by his brother, but he gets pushed into searching the Orient for a thing called the bloodstone and things just get crazy. It is a part of a series! I’m working on the second book now. It’s making my head explode.

Do you have a favorite character?
Oh yes. I mean, I have several, but if you asked me to give a definitive answer, I’d most definitely say Cove Rowell.

Did you try the traditional route to publishing, i.e. querying agents/publishers?
I did…and I just decided I couldn’t wait for someone to tell me I was good enough to publish my book. Sure, I had requests from agents, but…I don’t know. I just felt that it was the RIGHT time to publish. I always go with gut feelings.

What factors influenced your decision to self-publish your book(s)?
Well, I just felt really prepared to do it. I think I had unconsciously prepared for it while I blogged. I mean, I had an arsenal the day I decided to self-publish. I knew exactly who I was going to for editing and my cover design. I had a marketing plan and marketing ideas. I just KNEW. It was perfect.

What is your writing process? Do you listen to music or do you like silence?
My writing process is probably very haphazard to a lot of people. I’m completely unorganized at times. I keep things in journals, and in various word documents on my computer with names like CUTLASS 458245802458 (in case you were wondering, no, it’s not helpful). I have paper EVERYWHERE. I piece things together. I usually sit on my bed or at my desk. I always have Christmas lights on (it’s like when they come on, my characters know it’s time). And I do always listen to music. I bought beats so I could drown out the world. The only downside is that the beats work so well, I will probably never hear a fire alarm or doorbell or anything else that’s relatively important.

Do you outline your story or just go where your muse takes you?
I outline/let it take me places. You can only outline so much before your characters stop telling you things (in my case). I think they get mad. But the good part is, when they stop talking, I can go back and edit. Usually by the time I’ve edited up to the point where I stopped, I know where I’m going again.

Did you hire an editor to review your manuscript before publishing?
YEP.

What have you’ve learned during your self-publishing journey?
I learned that there are some people out there who will make a lot of assumptions about your book because it’s self-published, but there are just as many (and more important people) who will read it, who will give it a chance. I think self-published books are to be admired. Yes, some need a little more care than others, but creating a book from scratch—from the birth of the idea until you publish—is hard.  It’s also gratifying.

Do you find it difficult to juggle your time between marketing your current book and writing your next book?
Only cause social media is distracting! But I make deadlines and hold to them the best I can. I figure in a traditional publishing contract you are held to deadlines so I should be, too.

What advice would you give a new author just entering into the self-publishing arena?
Don’t become obsessed. Don’t go searching for reviews; don’t hang on the words of a negative review. Just don’t. It’s not worth it. Don’t let anyone else minimize the hard work and the pride you feel for your novel. Don’t minimize the path you took to publication, either. Be proud of every decision you make because that’s what will create progress, that’s what creates success. 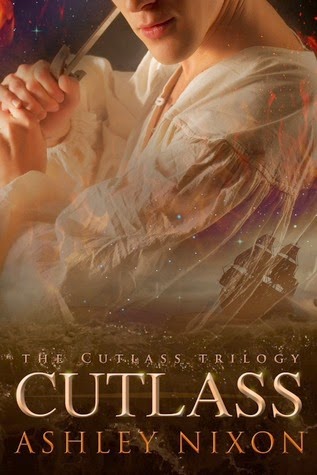 Synopsis:
Notorious pirate Barren Reed has one thing on his mind: Revenge against the man who killed his father. So kidnapping his enemy’s fiancé seems a perfect plan…until he actually does it.

Larkin Lee is more than a pretty face and fiancé to a powerful man. Her fierce personality is enough to make any pirate want to push her overboard.

But when the King of the Orient comes to Barren with a task—to find the Bloodstone, a powerful gem thought only to exist in legend, Barren sees another opportunity to destroy his enemy. Together, Barren, Larkin and a crew of pirates set off to find the stone, only to discover it caused the death of Barren’s own mother and Larkin’s, too. As his  strongest allies turn into his greatest enemies, and the life of the girl he kidnapped becomes more important than he ever dreamed, Barren’s quest for revenge becomes a fight to save the Orient.

AUTHOR BIO:
Ashley was born and raised in Oklahoma, where the wind really does sweep down the plains, and horses and carriages aren’t used as much as she’d like. When she’s not writing, she’s hard at work on her Master’s degree in Library Science and Information Technology, working out, or pretending she’s Sherlock Holmes. Her obsession with writing began after reading the Lord of the Rings in the eighth grade. Since then, she’s loved everything Fantasy–resulting in an unhealthy obsession with the ‘geek’ tab on Pinterest, where all things awesome go.