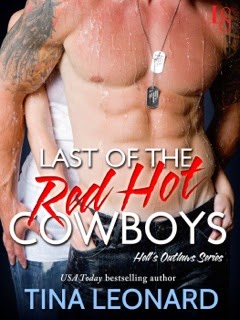 Ava Buchanan dreams of a career on the rodeo circuit. Winning a spot on a one-of-a-kind team would be her ticket to the life she’s always wanted. Ava won’t let anyone stand in her way—not even a stubborn cowboy whose slow-molasses smile and red-hot swagger set her senses aflame . . . and whose talents as a trainer could make her a star. Rodeo might be a man’s game, but Ava knows the right woman’s touch can tame the wildest heart.

Trace Carter believes his mayor’s plan to raise the town’s profile has disaster written all over it, and he won’t allow the Hell’s Outlaws Training Center to be dragged into the fiasco. Yet watching Ava’s delectable body on horseback proves too much of a temptation, and his fantasies stray to her riding skills outside the arena. Soon Trace is fighting like hell to rein in his unbridled desire for the petite brunette before it becomes a passion hotter than the Texas sun. 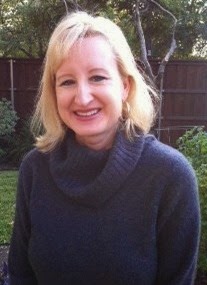 USA Today Bestselling and award-winning author Tina Leonard has sold over 2.6 million copies of her titles. She has made the USA Today Bestseller, Waldenbooks, Bookscan, and Ingrambook lists, and has written and contracted seventy-one books and special projects. Her work has been published by Harlequin, Samhain Publishing, Robinson Scarlet, and most recently Random House Loveswept contracted for a single title trilogy project, Hell’s Outlaws.

Leonard was chosen to be among the first authors published for Robinson’s Scarlet line, writing four single title novels for that imprint. Not long after, she sold on proposal to Harlequin American, where she has since written several popular series, most notably the Cowboys By The Dozen, Morgan Men, and Callahan Cowboys series. Her newest single title project, HOTTER THAN TEXAS, was published in March 2013. Leonard is known for her fun sense of humor, endearing communities, snappy dialogue, and memorable characters.

Tina will be awarding a $25 Amazon GC to three randomly drawn commenters during the tour. 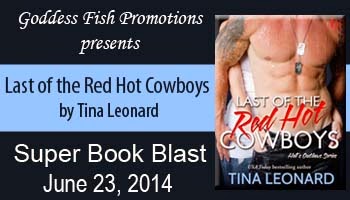 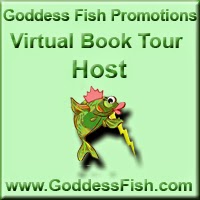