#TPTBlast and #Excerpt: THE POINT by G. Nykanen

A dark journey through madness... 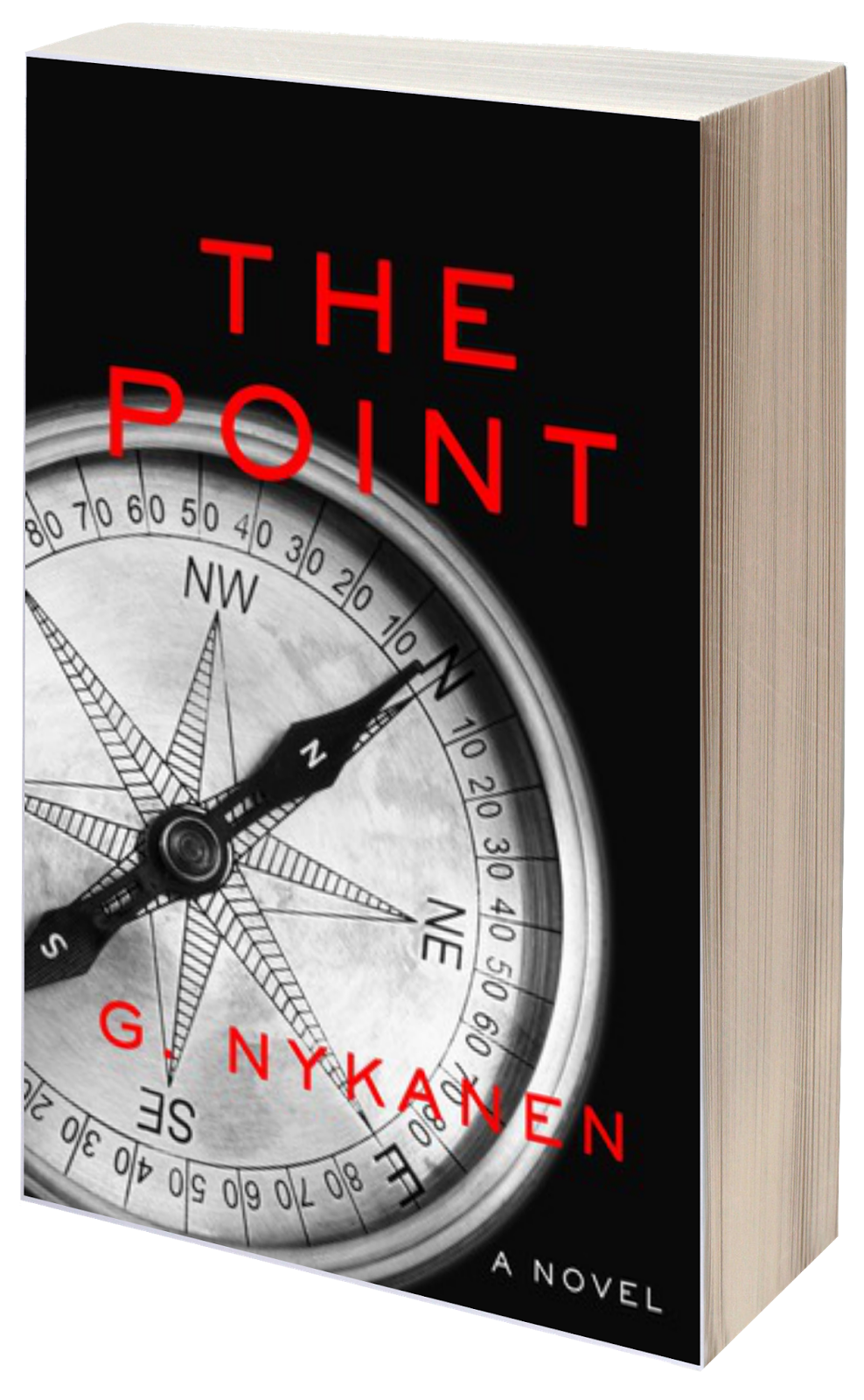 Befuddled by her current relationship woes, Nora Reynolds leaves college at semester’s end to drive north of nowhere to her hometown of Iron Bay. Vulnerable and on the rebound, she is the perfect prey for fledgling felon Dane Buchman. Dane takes advantage of the unaware young woman, feeding his appetite for mischief until a rather violent shift in their relationship reveals to him what he’s really been craving. Driven by his new found hunger, Dane feels unstoppable, until former high school rival and town deputy, Doug Sanders, navigates the trail of Dane’s destruction.

The Point is a dark thriller that will allow you to witness a truly dangerous sociopath wander through madness guided by a treasured family heirloom, and a pensive young woman find her way after discovering, that which doesn’t kill you, makes you stronger. With echoes of the Coen brothers’ Fargo, the folksy town of Iron Bay and the nearby north-woods community of Deer Lake are the destinations for Mr. Buchman’s many misdeeds. 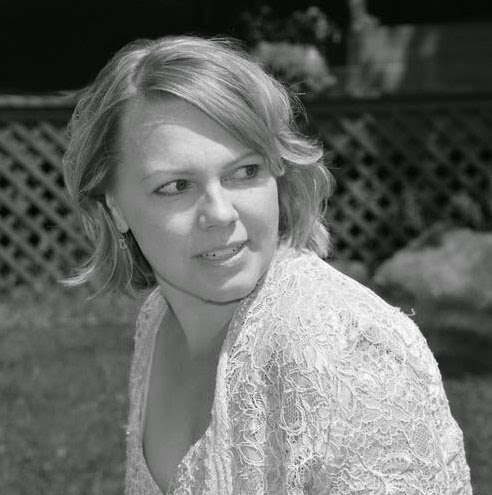 G. Nykanen was born and raised in Michigan’s Upper Peninsula. This small, rural land mass seems to cultivate a wide variety of colorful characters who provide a plethora of inspiration. The Point, Nykanen’s first novel, is filled with nuances of these local characters and the landscapes one might find in the north woods.

Well traveled thanks to her husband’s government career, she has lived in Europe and many of our United States over the last twenty years. She has recently returned home, moving back to her beloved Upper Peninsula where she resides with her husband and three children.

With The Point now completed, she will continue working on her next novel, Accumulation, along with continuing to develop other stories in the works.

He wondered why she wasn’t anxious to tell him. He decided to force her hand. Dane opened the cooler and popped open a couple beers. He handed her one. She’ll cough it up now, he thought. She wouldn’t want to drink and harm the baby.
She grabbed the beer, acutely aware that she better fake drinking it or he’d be even more suspicious. With the bottle to her lips, she decided to take a drink small enough to be harmless but big enough to look legitimate.
Dane looked at her, then at the beer. He grabbed the back of her head and planted a kiss on her, driving his tongue into her mouth, verifying she’d actually drunk it.
Was I just taste tested? She knew he was suspicious.
“Wow, that was a surprise!” she exclaimed, reeling away from him.
“Just felt like I needed to break the ice,” he said as a cover.
“How about less kissing and more talking?” she suggested.
“What are we going to talk about?” he asked as he leaned in, batting his eyelashes flirtatiously.
“Why don’t you start?” she said.
Dane grew tired of this game. It wasn’t fun to play by her rules. Grabbing her abruptly, he squeezed, staring into her blue eyes. Nose to nose he held her, horror building inside of her as she watched the pupils in his dark eyes dilate; the parasite stirred.
“Say it!” he commanded.
She remained quiet, unsure of how to react.
“Say it, tell me your filthy secret,” Dane directed forcefully.
“I don’t know what you’re talking about,” she said, fear welling up inside of her. She began screaming for help.
This sudden outburst took him by surprise. For a split second he lessened his grasp to peer over her shoulder, checking to see if she’d garnered the attention of the nearby beachcombers with her screeching.
Taking advantage of the slack in his grip, she pulled back from his grasp, pushing at his chest as she stood to run. He lost his balance and fell backward, giving her a head start. She ran, “Badger! Badger!” she shouted as she headed for the safety of the others.
She peered over her shoulder to see how close he was. She stopped cold, her steps so short and sudden that she almost toppled over. “Oh, no, no, no.” She was horrified to find Dane standing at the water's edge, sneering smugly in the distance, Badger dangling from his right fist.
Instead of chasing her when she fled, he had headed straight to the water's edge where Badger had been happily snapping at the incoming waves. Now the little dog was squirming and kicking wildly trying to break free of Dane’s grasp.