A Conversation with Melissa de la Cruz, VAMPIRES OF MANHATTAN 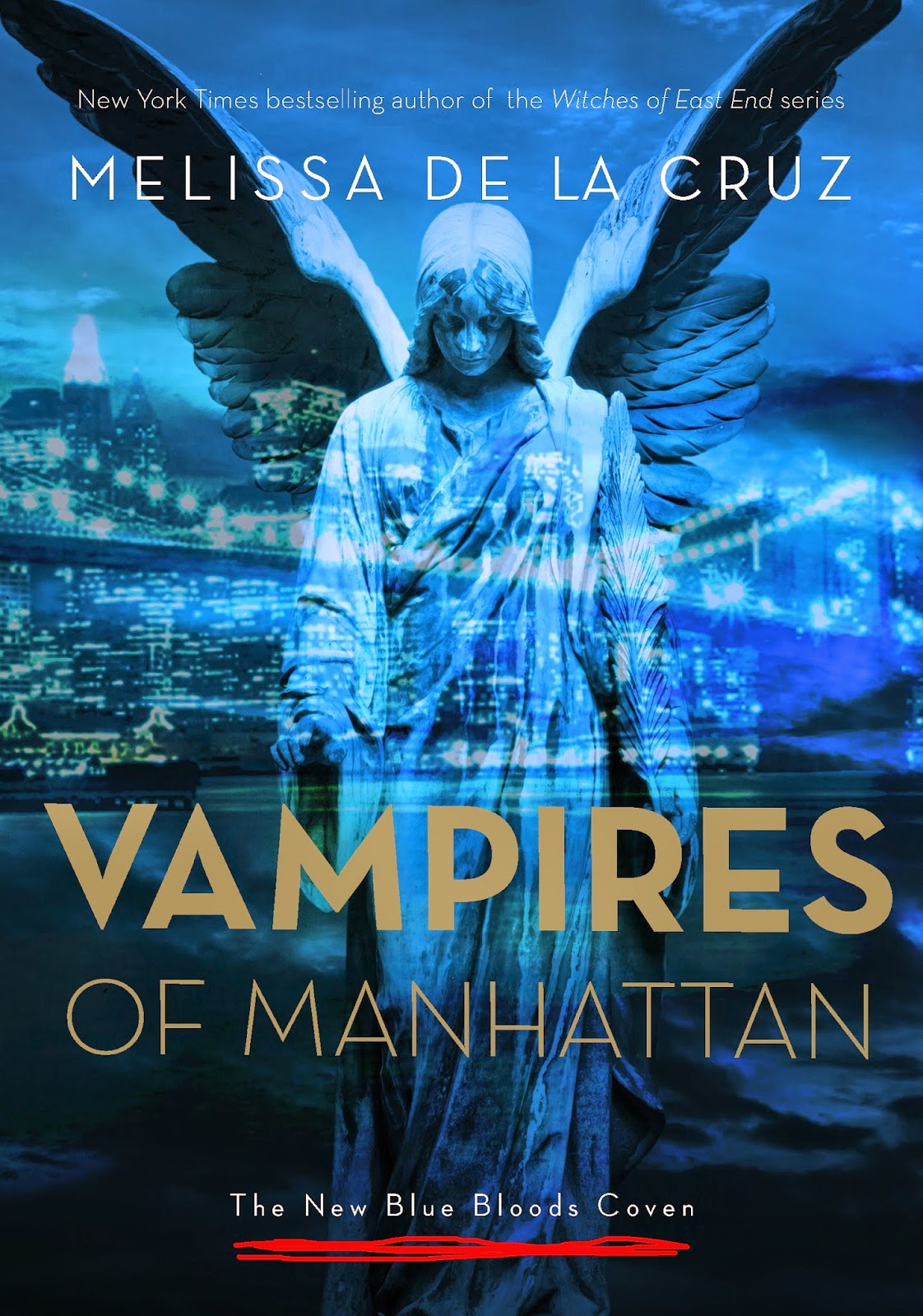 As an author, you write for both adult and young adult readers, and compose several series simultaneously. How do you manage to do it all?
The honest answer to this is I don't do it all. Shonda Rhimes, creator of Grey’s Anatomy and Scandal, once said that whenever she's succeeding in one part of her life, she's utterly failing in the other. If she's working on a script, it means she's missing her child’s performance at school, and when she's taking her child on a field trip, it means she's missing out on an amazing day on set.

I have structured my life so that I don't really do anything except work on the books and be with my family. This means I never run errands; I haven't been to the supermarket in years; and I watch very little television. I like to work, and I work a lot, but I also try to never miss an important date on my daughter's schedule.

VAMPIRES OF MANHATTAN is your first adult series to incorporate characters from a previous YA series. Why did you choose to have the Blue Blood characters grow up?
I just couldn't let go of my Blue Bloods—I love them. I grew up with the characters, and I wanted to see what happened to them after the great finale. I knew I would see them again, which made writing the last book in the YA series easier.

From the handsome Coven leader Oliver to the edgy, rebel-without-a-cause venator, Ara, you have a knack for painting such vivid portraits of your characters. Is there anyone who inspired the Blue Blood characters?
They're all parts of me exaggerated and stripped down to their essence. I have Ara's stubbornness and Edon's smart-aleck nature. Oliver is so close to me; his humor and anxiety is very much my own.

You’ve written about witches in Witches of East End and dragons in The Ring and Crown but have come back to writing about vampires in your latest novel—what’s fun about writing about vampires? How do your Blue Bloods differ from literature’s other favorite vampires?
Vampires will never cease to be sexy and fun. Unlike other vampires, my Blue Bloods are also fallen angels, who were cast out of heaven with Lucifer. In my YA series, they won redemption but some of the coven decided to stay on earth. The Blue Bloods in VAMPIRES OF MANHATTAN are more like the vampire leftovers.

You’re no stranger to NYC, having lived here for many years before moving to LA. What is it about Manhattan that makes it the ideal setting for a paranormal adventure like VAMPIRES OF MANHATTAN? Why not VAMPIRES OF NASHVILLE or VAMPIRES OF MIAMI?
I lived in Manhattan for 15 years, the longest I've lived anywhere, and I consider myself a New Yorker. The first Blue Bloods novel was a love letter to the city. When we moved to Los Angeles, I missed it so much that I wrote everything about the city into the book so I could always remember it.

I wanted to go back to New York for VAMPIRES OF MANHATTAN, because the city has changed so much since I left. In a way, the Blue Bloods are like me, they've been gone for a decade and now they've returned to the city, which is a little different.

A little birdy told us the Blue Bloods are leaving Manhattan in your next novel. Is that true?
Yes, the Blue Bloods will be going to Stockholm! It's a city I haven't explored in a book yet, and it seemed a great place to set a mystery. I'm a fan of Swedish crime thrillers.

Lifetime turned your Witches of East End series into a hit TV show. What has this experience been like for you?
It's been an amazing and surreal experience. As an author, I am thrilled to see the characters I created in my mind on television. I try to visit the set twice a year. I love hanging out with the cast and crew and the wonderful writers who bring it all to life.

The sexual tension you develop between Mimi and Kingsley is incredibly intense. Sex scenes and convincing love stories may be the hardest things to write. Do you have a particular philosophy regarding these elements in writing?
The one thing that I try to do is make the characters very realistic, and from there, their natural attraction just leads the way. I'm not uncomfortable with the sex scenes at all, but I think the main thing is to not make it seem forced. If you've written your characters well, the romance will just flow from there.

Who are some of your favorite fictional vampires?
Definitely Lestat from Anne Rice's Vampire Chronicles. Mesmerizing, seductive, evil, flawed, just the whole package. I think my generation of vampire writers are all Lestat's daughters.

You have a very full writing schedule. Describe your writing process. Is there a quote about writing that motivates you? What advice would you give to aspiring writers?
I always liked Stephen King's "writers who like to write outlines wish they were writing masters theses," meaning, you can't plan the story, you have to let it go where it wants to go.
All that being said, writers lie all the time. I use outlines a lot as a blueprint, but at some point, you've got to stop looking at the map and just go your own way.

Additionally, she has appeared as an expert on fashion, trends, and fame for CNN, E!, and Fox News. She lives in Los Angeles and Palm Springs with her husband and daughter.

VAMPIRES OF MANHATTAN is the next chapter for the passionate Blue Bloods audience. “The only way I could write my finale for the first cycle of Blue Bloods was knowing I had planned a second adult series,” Melissa says. “What attracts me to new adult books is that they are about a time in one’s life where one is still young, but old enough to enjoy the pleasures of adulthood.”

Lifetime launched “Witches of East End,” based on de la Cruz’s adult novels. With Season 2 on screen now and Season 1 a digital download hit, millions are now fans of de la Cruz’s unparalleled ability to brew a supernatural tale teeming with romance, mystery, and above all—fun.

VAMPIRES OF MANHATTAN begins ten years after the Blue Bloods’ defeated the great enemy; the wealthy and beautiful vampires are adapting to a new era of prosperity and peace. To celebrate, the Coven’s new leader Oliver Hazard-Perry throws a Four Hundred Year Ball with all society in attendance. And then, all hell breaks loose....