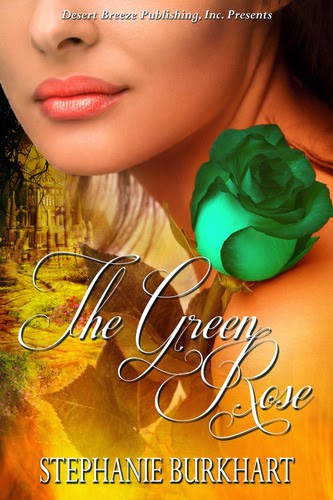 BLURB:
On the continent of Gaia, evil is brewing. Turncoat wizard, Balthyser, kidnaps the kings of Dahaka and Tapin. He wants the green rose, a source of powerful magic.

Princess Sonia of Tapin is forced to hunt down the rose in exchange for her father's life. It's the ultimate betrayal of Gaia's peace, but she has no choice if she wants to save her father.

Prince Ivánstan of Dahaka accompanies her on the journey. Both face challenges and obstacles that test their strength of character during the hunt for the rose. Dare Sonia put her trust and faith in a man she hardly knows to secure Gaia's peace or will the continent's harmony be shattered forever?

His lips brushed against her ear, sending a warm pulse of physical awareness through her. Ivánstan was all male. Slowly, she turned around in his arms to gaze into his eyes. They were soft now, the orange reminding her of the sun; his pupils, while still slitted, were narrow.

He said nothing, but held her firmly. Her heart pounded an erratic rhythm. What was he doing to her? Was the magic in their blood at work between them? Why did being in his arms bring her a sense of comfort? Protection? Desire? Could she even trust these feelings?

He leaned forward, opening his lips, his mouth skirting hers, teasing, tempting, before he gently covered her. He kissed her slowly, heightening the pleasure that spiked in her body as her breasts tingled against the fabric of her clothes. One of his hands rested at the base of her spine, supporting her. The other hand he brought up to her face and brushed his fingers against her cheek as they kissed.

By Nyla, she could barely stand, so lost was she in the pleasure of his lips. Fear quickened through her. No man had ever kissed her like this before -- so tenderly, so reverently. She placed her hands over his chest and pushed him away gently, placing distance between them.

Ivánstan cupped her cheek as confusion splayed across his handsome features. "What's wrong?"

Amusement filled his eyes. "Truth be told, I find you attractive."
*** 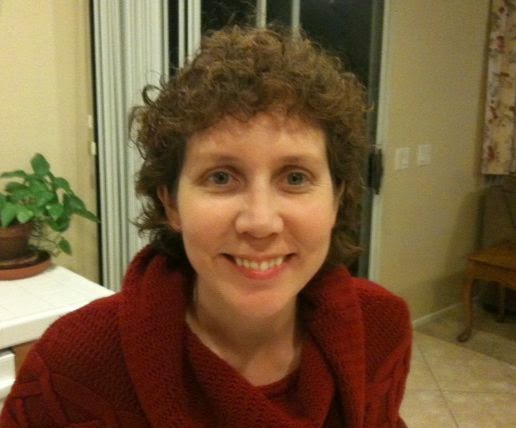 AUTHOR Bio and Links:
Stephanie Burkhart is a 911 dispatcher for LAPD.  She was born and raised in Manchester, New Hampshire.  She served 11 years in the US Army and currently calls Castaic, California her home. Stephanie was married in Denmark in 1991 and has two young sons. She adores chocolate, is addicted to coffee and enjoys early morning walks.  She's also an assistant den leader for her son's Cub Scout den and is a Boy Scout mom. She writes paranormal, contemporary, and steampunk romance and has two children's books published with 4RV Publishing.