Excerpt:
The next branch took her unawares and caught her full in the face. It stung, and she stopped. A hand to her nose came back bloodied. The realization that she was being a fool came to her somehow out of the sight of her own blood. Here she was, running from nothing, in the middle of—
Oh, damn.
In her preoccupation, she had been a very great fool indeed.
The trees parted just in front of her. Two men were gaping at her from where they sat on the ground near a smothered firepit.
Outlaws. And she was completely alone here.
For a brief instant, not even a whisper of wind marred the perfect silence, and then one man gave a wild shout, leaping to his feet. The other lunged at her from where he knelt, a flash of metal in his hands. She felt the shock of whatever it was as it grated off her vest.
Her sword came free of its sheath and cut his feet out from under him. His scream was terrible. The rest seemed to happen as if at some distance—the arc of blood following the sweep of steel, the bewildered agony on the man’s face as she drove her sword through him. It was far too easy.
Her own ragged panting brought her back to herself.
Kyali backed up a step and then another, and moaned in what she first thought was horror and then realized was pain. At her side, her blood leaked out. A great deal of it was already soaking the leather armor.
A very great deal of it.
Not so easy after all, it seemed.
The second man held an old dagger. The pain, when she let fall her sword and tried to release the side buckle of her vest, loosened her knees. She dropped to the ground. The locket around her neck leapt up and swung. She stared fixedly at the Corwynall dragon engraved on it as she worked at the armor’s catches, hissing through clenched teeth, trying to ignore the pain, which was rising rapidly past endurance.
The buckle came undone. Her fingers found the wound at once, and she drew in a ragged gasp and shrieked at the feel of her hand against it. Unable to do anything else, Kyali pressed both hands against the outpouring of blood, rolling onto her back.
The peaceful trees grew shadowed, then faded altogether into a strangely gold-flecked dark.

Synopsis:
Sword shall guide the hands of men . . .
For over a thousand years the kingdom of Lardan has been at peace: isolated from the world, safe from the wars of its neighbors, slowly forgetting the wild and deadly magic of its origins. Now the deepest truths of the past and the darkest predictions for the future survive only in the verses of nursery rhymes.
For over a thousand years, some of Lardan’s fractious provinces have been biding their time.

Kyali Corwynall is the daughter of the Lord General, a child of one of the royal Houses, and the court’s only sword-wielding girl. She has known for all of her sixteen years what the future holds for her–politics and duty, the management of a House, and protecting her best friend, the princess and presumed heir to the throne. But one day an old nursery rhyme begins to come true, an ancient magic wakes, and the future changes for everyone. In the space of a single night her entire life unravels into violence and chaos. Now Kyali must find a way to master the magic her people have left behind, or watch her world–and her closest friends–fall to a war older than the kingdom itself. 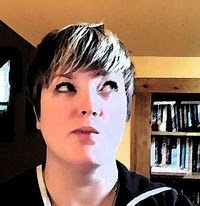 Amy Bai has been, by order of neither chronology nor preference, a barista, a numbers-cruncher, a paper-pusher, and a farmhand. She likes thunderstorms, the enthusiasm of dogs, tall boots and long jackets, cinnamon basil, margaritas, and being surprised by the weirdness of her fellow humans. She lives in New England with her guitar-playing Russian husband and two very goofy sheepdogs.