#Excerpt: FOR ALL TO SEE by Megan Mitcham 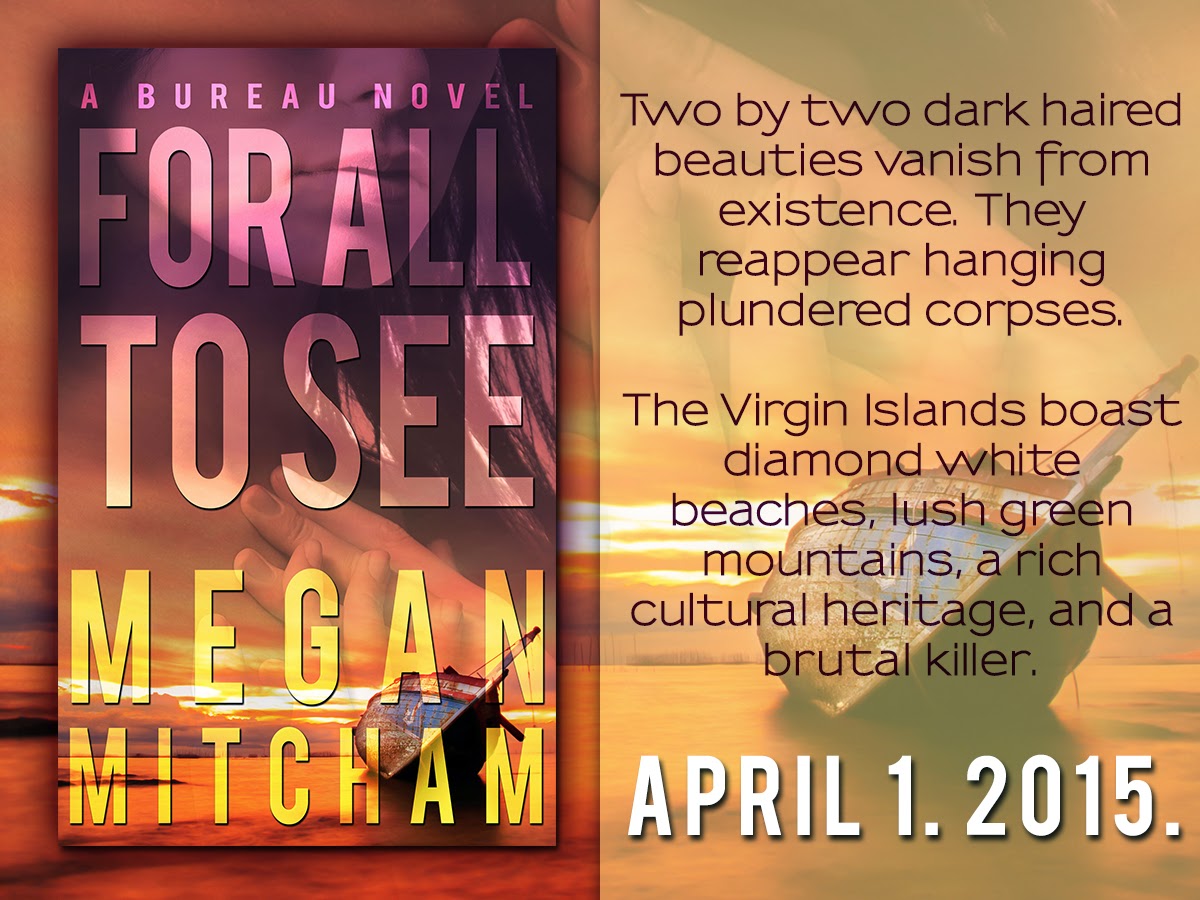 The tough-as-titanium woman placed her hand in his as though she were as fragile as fine China. A primal need to shield her from harm thrashed its way to life, annihilating every reserve he’d clung to over the past few days. Some things weren’t worth fighting. Fighting the need to possess Madelyn was like wrestling a hurricane. He battened down and dug in the best he could. When that didn’t work he ran like hell. But one gust knocked him flat on his ass. One wave swept away the world he’d known. And he was done fighting the one woman who could rearrange his priorities.
Hand on the grip of his gun and the other wrapped around something far more dangerous, Nathan led the way to her Jeep. They rode in silence for a while. The echoes of their argument rang in his ears. He’d pushed her, but no further than she could handle. But now her head sagged against the leather rest. “I’m—”
“Don’t you dare say you’re sorry,” she interrupted.
Still tough.
“I was going to say, I’m thinking steak for dinner.”
“I guess it’s a good thing you’re a terrible liar.”
“It’s no lie that having a whole cow spit roasted and served on a platter has crossed my mind a time or fifty in the last few days.”
“Gross.”
“Delicious.”
“You can eat whatever you want, in my house or out. I want a shower and bed.”
“Good luck getting rid of me.”
“The craving will get you sooner or later.”
“A different craving takes precedence.” Nathan caught her gaze for the first time since he’d released her hand and closed the car door.
“You’re on the job. Isn’t there a policy against that?”
“There’s a whole handbook against it. Not to mention my own policies, which have held firm all the way up until you bullied your way into my life.” He gave her a sideways grin and turned back to the road.
“Bullied?”
“Yep. You refused to leave. You refused a protection detail and a free vacation in Miami. You got me.”
“Can I renegotiate my terms? Miami sounds nice.”
“If you really want to, yes. I’ll have you on a plane tonight.” He didn’t want her to go, but he wanted her safe more.
“What was it you said? Good luck getting rid of me?” She looped her tote over her shoulder and prepared to exit the Jeep.
“How about you wait and let me go in first this time?”
“If you insist.”
“I do.” He killed the engine and waited for her to join him. “Stay behind me.”
“I thought your people were watching this place 24/7.”
“They are.”
“But you don’t trust them?”
“People make mistakes.”
“Some bigger than others,” she said wistfully.
He grabbed her hand and pulled her into the house. Shock of shocks, she didn’t jerk away. Deacon greeted him with a muzzle to the crotch.
“Should I leave you two alone?” Madelyn whispered.
Nathan poked her gently in the ribs and addressed the dog. “Buddy, we’re going to need to set up some personal boundaries. But if a bad guy shows up, that’s the perfect spot to bite. Now come on, let’s go find a bad guy.” They walked room to room, clearing the space. Deacon gave up in the living room and flounced onto his bed.
“It’s just you and me.” Madelyn’s quiet voice bounced off the tiles and smacked him in the nuts.
Yes, it was just the two of them in the bathroom with nothing but time to pass until they caught the serial killer. His hand slid from the gun and he turned. Her hand hid her sweet mouth from view.
“I didn’t mean…it’s just you and me. I meant…there’s no boogie man lying in wait.” Her cheeks flushed that unmistakable shade of pink that set off the lightly toasted tan of her skin.
“Mmm-hmm.” He took the hand from her mouth and glided his up her naked arm.
Her breath hitched. Long, dark lashes veiled her gaze, which followed the trail of his fingers. He’d happily chance a shot to the balls to kiss her, but she wasn’t ready yet. He lifted the bag from her shoulder.
“You have a nice bath.” Mounting every bit of strength he possessed, he turned and walked out the door. 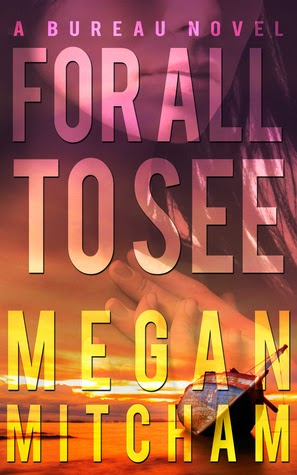 Synopsis:
Pristine waters and purified evil.
Two by two, dark-haired beauties vanish only to reappear as hanging, plundered corpses. The Virgin Islands boast diamond-white beaches, lush green mountains, a rich cultural heritage—and a brutal killer.
Three years on the “Field-Dresser” case and Special Agent Nathan Brewer is days away from catching the bastard—if he can convince a certain brunette to trust him. Only the woman is more likely to take a casual stroll on the surface of the sun.
After fleeing her troubles in the United States for the quiet life of a school teacher on the island of Tortola, Madelyn Garrett never imagined she’d be fixated upon by pure evil.
In a fight for her life—with a dwindling number of friends—she must rely on her cunning and Nathan’s skills for survival.

AUTHOR BIO:
Megan was born and raised among the live oaks and shrimp boats of the Mississippi Gulf Coast, where her enormous family still calls home. She attended college at the University of Southern Mississippi where she received a bachelor’s degree in curriculum, instruction, and special education. For several years Megan worked as a teacher in Mississippi. She married and moved to South Carolina and worked for an international non-profit organization as an instructor and co-director.

In 2009 Megan fell in love with books. Until then, books had been a source for research or the topic of tests. But one day she read Mercy by Julie Garwood. And Oh Mercy, she was hooked!