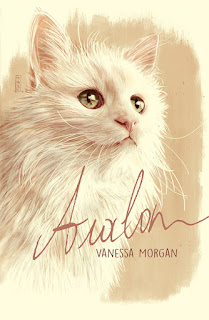 Can you give us a brief overview of your latest book? Is it part of a series?
Avalon (http://amzn.to/1FTC8Ep) is the heartwarming and once-in-a-lifetime true love story of a girl and her neurotic Turkish Van cat. Avalon was the kind of cat that made other creatures cringe in distress whenever he was around and that threw his owner’s dates out by means of special techniques. Avalon was so incorrigible that even the landlord wanted to get rid of him. But beneath Avalon's demonic boisterousness, was a soft spot that was yearning for love. Thanks to his owner’s unswerving loyalty, Avalon transformed into a tender feline, and even landed a major role in a horror movie. In turn, Avalon made it his mission to be there for his human companion. By turns jubilant and deeply moving, Avalon is a memoir for anyone who has ever been obsessively in love with a pet.

Do you have a favorite character?
Avalon, of course, because he has so much personality. Whenever I told his stories around a dinner table, people were always fascinated with him, even those that weren’t necessarily cat lovers. And how many cats do you know that landed parts in horror movies and music videos? Or that spoke a few words of French?

If you used a graphic designer/publisher’s designer, how involved were you during the creative process for your cover?
Gilles Vranckx is the artist who made Avalon’s cover. He previously also designed the covers for my books Drowned Sorrow (http://amzn.to/1GYQM9I)and GPS with Benefits (http://amzn.to/1JcoMnp). I give him complete creative freedom, because he’s a famous movie poster designer, so he knows what he’s doing. He really captured Avalon’s soul within this cover.

Do you outline your story or just go where your muse takes you?
As Avalon was based on a true story, the general outline was already in my head before I started; I just had to stay true to reality. That being said, I had to alter the chronology slightly to facilitate an economical telling of the story. I also cut many scenes because they were slowing the book down.

Did you hire an editor to review your manuscript before publishing?
Absolutely. I’m not a native speaker, so I definitely need an editor.

What kinds of marketing [twitter, facebook, blog, forums] are you involved with for promoting your book(s)?
I’m on Twitter, Facebook, Pinterest, and Google+. I also created separate accounts for Avalon. I used to be that person who only shared her own links and news, but the secret to being efficient on social media is to interact with others and to share links from other writers and bloggers. It’s more time consuming, but also more fun. On my social media (as well as my blog), you can find book and movie recommendations, links to interesting articles, and pictures of my travels and visits to film festivals. I’m particularly active on Twitter and Pinterest these days.

Do you find it difficult to juggle your time between marketing your current book and writing your next book?
I’m a big believer in laser-sharp focus, in taking up one idea and making it your life in order to see real changes. However, I’m horrible at prioritizing. I want to do it all. I’m currently traveling, promoting my latest book, editing a new one, and growing two blogs. I’d better be following my own advice.

Besides writing, do you have any other passions?
Photographing cats! I have a blog, Traveling Cats (http://travelling-cats.blogspot.com), where I post pictures of all the cats I meet during my travels around the world. It’s a sort of travel blog for cat lovers where you can find out where to travel for cat-related activities.

Some fun facts about you, which do you prefer – dogs or cats? Chocolate or vanilla? Coffee or Tea? Talk or Text? Day or Night?
Dogs or cats? Cats.

What’s next for you?
I’m currently editing a book on animals attack movies. Most people limit themselves to Jaws and The Birds, but there are many obscure titles that are worth discovering. The book will be huge fun. 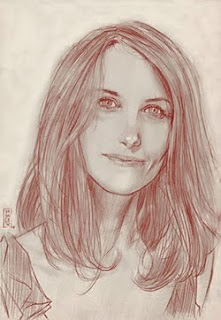 Author bio
Vanessa Morgan is an author, screenwriter, and blogger. Two of her works, The Strangers Outside and A Good Man, have been turned into films. Her short film script Next to Her is currently in pre-production.

When she's not working on her latest book, you can find her reading, watching horror movies, digging through flea markets, or photographing felines for her blog Traveling Cats (http://travelling-cats.blogspot.com).

Avalon has appeared in several of her books and films.