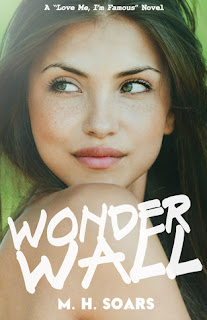 Excerpt:
I stare at Liv's darkened window for far too long. The entire house is quiet which doesn't surprise me, it's already past midnight. I should have called her after she flew out of my house earlier, but I was too confused about Liv's reaction to the kissing lesson and what it meant to our friendship. I'm still confused. I went to bed lying to myself, saying it would be better to sleep on it and talk to her face to face tomorrow. But after tossing and turning in bed for nearly three hours, I knew I wouldn't be able to sleep before I saw her again.
There's no doubt in my mind now what that weird, swirling emotion inside my heart is. It's almost like an ache. I'm positive I'm in love with my best friend. But does she feel the same way about me? My gut feeling is telling me yes, but there's no way to know for sure until I see her again. And it has to be now.
Gathering my courage, I call her. It rings ten times before it goes to voicemail. Drat. What am I going to do now? I glance at my feet and see some tiny pebbles on the grass. The idea is stupid and totally eighties movies, but what choice do I have? Liv has probably muted her cell. I bend down and pick the smallest stones, hoping I won't end up waking up Liv's parents instead, or worse, breaking her window.
I roll one of the pebbles between my fingers, trying to steady my breathing and slow my pulse. With one big inhale, I let it fly and cringe when it bangs against Liv's window. It wasn't that loud, but in the dead silence of the night, it sounded pretty noisy. I throw a couple more stones before I lose my nerve. I'm about to throw the last one when the light in Liv's room turns on. A few seconds later, the curtain is pulled to the side, and Liv's startled face appears behind the closed window. When her eyes adjust to the gloom, she pulls the glass panel up.
"Sebastian, what are you doing here?" she hisses.
"I have to talk to you. Can you come down?"
"It's the middle of the night."
"I know. Please, Liv. It will only take a minute."
She bites her lower lip and looks over her shoulder, before glancing down again. "Okay, I'll be down in a second."
My stomach begins to clench, and it feels like there's an army of super ants crawling all over my body. I run my fingers through my hair and start to pace in front of the big oak tree that stands between our houses, trying to get rid of the sudden jitters. I hear Liv's front door unlock and freeze mid-step. My throat is completely dry, and I don't know what I'm going to say to her. I've always prided myself on being a confident person, but I realize that when it comes to Liv, I'm not certain of anything. 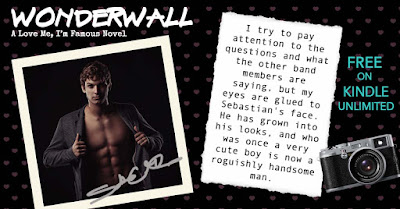 Synopsis:
There is something magical when best friends fall in love. Liv and Sebastian used to be inseparable until circumstances beyond their control destroyed their fairytale romance to dust.
Liv hasn’t seen Sebastian since he walked out of her life five years ago. When she accepted her internship in London, she never dreamed their paths would cross again. Not when Sebastian is a celebrity, a singer in one of the most popular boy bands of all times. Living in the same city, their worlds couldn’t be farther apart. But when two people are destined to be together, they can’t outrun fate. 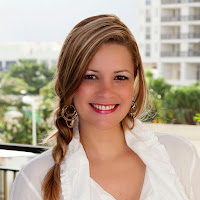 AUTHOR BIO:
M. H. Soars always knew creative arts were her calling but not in a million years did she think she would become an author. With a background in fashion design she thought she would follow that path. But one day, out of the blue, she had an idea for a book. One page turned into ten pages, ten pages turned into a hundred, and before she knew, her first novel, The Prophecy of Arcadia, was born.

M. H. Soars resides in Florida with her husband and baby daughter. She is currently working on the Arcadian Wars series, and the Love Me, I'm Famous series.