Interview with Shona Husk, OUT OF CHANCES 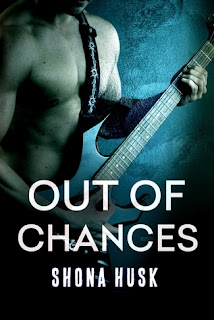 Do you plot or just follow your muse?
A little of both. I like to know my characters and the main plot points before I start writing, but how I get to those main points is a mystery and there is often a bit of scene shuffling in the middle to get it all together.

Where did the idea for this story come from?
Out of Chances is book 4 in the series. When I wrote book 1 (Out of Rhythm) I know all the characters really well, but I hadn’t planned on writing their stories (of course when Escape Publishing asked for them I said yes). Dan was in a difficult situation. And I could’ve forced the story to take another route, but I haven’t shied away from writing real issues in this series (it’s NA and people are finding their adult feet, mistakes are made and people have to move on, that’s life). Dan was a complex hero, although some people may not see him as heroic at all, he does grow and change and realize his mistake which shows a strength of character.

Where is Fremantle, WA and why there not somewhere more well-known?
Fremantle is near Perth Western Australia. I chose to set the books there instead of Sydney or Melbourne because I love Freo (as the locals call it) and it has a great live and local scene. Lots of great bands got their start there, so it seemed like a good starting point for my fictional band Selling the Sun.

You seem to like heroes that are a little broken…why?
I don’t like my heroes or heroines to be too perfect. Flawed people are always more interesting—and we are all flawed in our own way. Even though I might write paranormal or sci-fi I want the characters to be relatable. When writing contemporary romance I want the reader to feel as though the character could be a friend or their neighbour or someone they went to school with.

Rock stars are hot…but yours aren’t rich and famous (yet) what was the appeal?
There are heaps of rich and famous rock star books out there so I wanted to write something different, but I also wanted to explore what it was like before the band makes it big. I found that struggle interesting.

You skip genres quite a bit (paranormal, sci fi and contemporary) is there any commonality between them or does your voice change?
I didn’t see any point in limiting myself to writing in just one genre when I love different aspects about all of them. Plus variety is a good thing (as a reader and a writer). I tend to writer darker, more flawed characters no matter the genre but there is always a happily ever after :)

How to you write pen and paper or computer?
I plot with pen and paper, but write using my laptop. Sometimes I’ll take notes about a scene on paper if I get a sudden burst of inspiration. When the kids were little I used to write the first drafts longhand because it was easier to have a note book open and scribble a few lines down. That first type up became the first edit. These I plot better and I type faster.

Do you have a favorite treat?
Dark chocolate with a hot chocolate.

Coffee, tea or wine?
Hot chocolate. I don’t like coffee or teas (except peppermint tea) and I don’t drink very often—I don’t mind a good chocolate martini, I have had bad ones L

What’s next?
I’m working on Ripley’s story (he is one of Dan’s friends). I’m also working on the sequel to Desire to Fall (science fiction romance), which is getting quite dark.

Synopsis:
Shona Husk’s sexy new adult series about emerging rock band Selling the Sun concludes this month with a story about a woman who doesn’t want to connect, a man who’s forgotten how and the friendships that save our lives.

Dan Clarke knows he doesn’t have a problem, regardless of whatever his band members, his friends, his family and everyone else thinks. Drinking isn’t keeping him from doing what needs to be done, and it helps keep the anger and pain of his ex-girlfriend’s betrayal at bay. If only she would stay away as well, but, since the band’s return to Fremantle, she’s everywhere-on the phone, in his apartment, at his parents’ house-begging for another chance, reminding him of how good they had been together, holding him hostage to the past. It’s no wonder he needs a beer now and again.

Indigo Matthews is all about control: she trains hard, she works hard and she plays hard. Men are for fun, not forever, and she will never end up like her mother, trapped and miserable.  A huge Selling the Sun fan, Indigo knows when Dan wanders into her bar that he is a conquest that she has to make. But their connection is stronger than just sex, and regardless of her credo Indigo finds herself going back for more. Then truths about Dan’s life start to emerge, and Indigo finds herself in the one position she swore she’d never find herself.

A DUI, a drunk one night stand and an ultimatum from the band bring Dan’s life to a halt. Picking up the pieces is something he can’t do alone, and there’s only one person that he trusts to give a damn. The one person that he hurt the most. Indigo. 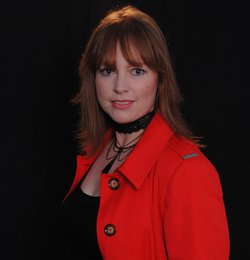 AUTHOR BIO:
Join my new releases newsletter to keep up to date: http://mad.ly/signups/119074/join

SHONA HUSK is the author of the Shadowlands, Court of Annwyn and the Face the Music series. You can find out more information about Shona at www.shonahusk.com or follow her on Twitter @ShonaHusk, or Facebook www.facebook.com/shonahusk

Face the Music, a contemporary romance series, finishes in November 2015 with Out of Chances.