Interview with Shelly Brimley, TAKE ME TO THE WILLOW 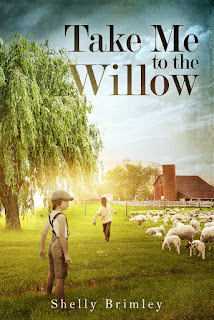