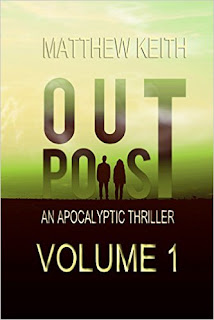 In rural Kentucky, one hundred and sixty-one survivors of the apocalyptic Great Rains huddle inside a one-block, walled off section of town: a place they call Outpost.

It has been two years since the toxic rains fell, wiping out most of humanity and leaving the Earth's soil barren, devoid of life. The people of Outpost have managed to survive by working together, scavenging food from empty homes and businesses, guarding one another while they sleep.

They have persevered through their worst nightmare.
Or so they believed.

A stranger has come to them with a choice: they can come with him and be part of saving the world, but in doing so there is a strong likelihood they'll die. Or they can do nothing and hope some other community has the courage to do what they can't.

They've already suffered greater than they believed was possible, but many of them still want to fight, to join the stranger's cause. Others are skeptical. They don't believe the stranger's story and want nothing to do with furthering their own misery. They like things just the way they are... and they'll fight to keep it that way. Even if that fight is with those they call friend and neighbor. 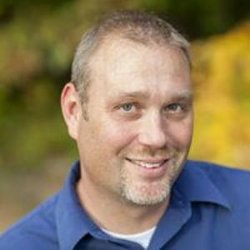 Matthew is originally from Brighton, Michigan. He now lives in Kentucky with his wife, two children, and their dog Elvis. He sings in a garage band with a group of friends- always rock 'n' roll- and absolutely loves a good movie.

His most popular novels, the Watchers series, have found their way onto over 50,000 Kindles, Nooks, and other eReaders.

To keep up with new releases or send a message, you can find his blog and mailing list at http://bit.ly/1li0lcL

What readers are saying about Sway:
"... a gritty, compelling psychological drama."
"... Sway got me. That's all there is to it."
"... a well constructed and eloquent journey ..."
"... reminded me of some of my favorite movies like 'Angel Heart', 'Memento' and more recently 'Shutter Island.'"
Posted by Debra L Martin at 8:00 AM