#Excerpt: SONAR THE SURGE by B. Truly 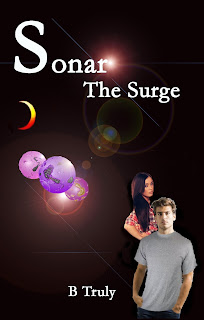 Chaos spun around me and my heart hammered inside my chest. There were too many hostages to count. Several were scurrying out of the hole Bryan had made with his blue fire.

We had to get the refugees to the ships that were waiting above the surface. Polars were coming out of the woodwork. It was getting difficult to keep the Kadanans who didn’t know how to fight out of harm’s way. Nile was yelling, trying to direct the hostages to continue out of the opening. At the same time, he was shooting his laser. Glancing to my side, I saw Bryan and Shi getting ambushed. Cessar ran over to help them. I was about to, when a young Kadanan girl slammed into me. Her chest was heaving. She couldn’t have been more than fifteen. Her gray eyes were full of fear.

“What’s your name?” I shouted over the noise.

“I need you to be brave, Kira. That hole up ahead leads outside where we have help waiting. I want you to run with the group and not look back.”

“I will be right behind you.”

She hesitated, then took off. I fully intended to make sure she made it out, but trouble was on my heels. A female shot her laser. I took a nose dive. I stayed on the pavement and quickly rolled toward her, knocking her feet from under her. I sprang up before she did. Her brown eyes glowed with fury. Before she could even think of her next move, I blasted her. She laid limp.

Someone from behind kicked my laser from my grasp and clocked me in the head. I went down on one knee, but I caught his foot before he hooved me in the ribs. I got to my feet and plowed one of my super kicks into his spine. He grabbed for the laser in his holster. My foot connected with the gun and sent it spiraling across the room.

A loud bang caught my attention. To my left, Nile was getting triple-teamed.

BLURB:
Eclipsed by darkness, the Romelands must face the ultimate quest. If they are forced toward the umbra peak, they will be completely obscured.

Symone struggles with her most challenging battles … the conflict within herself. Losing loved ones steals part of her soul. Despair has created a gaping hole where her heart should be. Symone doesn’t even recognize herself. She has to determine if this is the person she’s turned into, or if it is who she has always been.

Nile is an attractive aristocrat whose charm and arrogance drives Symone insane. Beyond Symone’s control, Nile is spun into her life. But she’s not sure if she can have a relationship with him or where that could lead her. Embracing love could make her whole again, but it may also destroy her. Symone must travel through the opaque light in order to find where her destiny lies.

Symone’s family, Shiray and Syira, continue to fight in the feuds of their galaxy. Together they have to find the balance between compassion and sacrifice. Kadanans are being held captive, and they hold the fate of their world in their hands. They have only begun to understand the consequences of the devastating realities of war.

The enemy of my enemy is my friend, is the philosophy the Romelands now abide by. With chaos and turmoil at every corner, they may forget what is worth fighting for. The surge for power has erupted. Only the strongest race will be left standing. 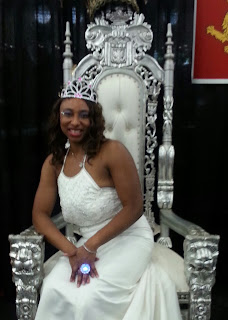 B Truly has wanted to be an author since she was fifteen years old and is grateful to have accomplished this dream. She has very vivid dreams and a wild imagination. She likes to read, watch tons of TV shows, and movies. She is addicted to romance and gets a thrill out of action and suspense. She writes New Adult, Fantasy, Sci-fi, and Paranormal-Romance.
In the Sonar series, B Truly said, “It was fun to explore different elements of Sci-fi romance and create various realms of powers for my characters. I want to show my readers that Sci-fi can be fun, but also traumatic. I hope you guys enjoy the Sonar Series.”

B Truly has three wonderful children and a husband who defines the person she is today. She works full-time as an Ultrasound technologist in Sugarland, Texas.