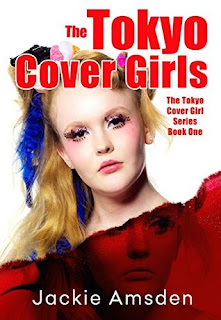 Can you give us a brief overview of your latest book? Is it part of a series?
When three teens are offered the chance to compete for a high-profile clothing campaign, their dreams of becoming the world’s next models of the moment seem about to come true. Of course, nothing is ever what it seems in the fashion world. Just ask all those dead girls…

The Tokyo Cover Girls is part one of a three-part series.

Did you try the traditional route to publishing, i.e. querying agents/publishers?
Yes, I queried my manuscript to about 25 agents altogether. The process was a lot of work and very slow and like most first-time authors I wasn’t getting very many responses. My husband kept suggesting that I self-publish and so naturally I ignored him. It wasn’t until I met someone who had published their book that way before I began seriously considering that option. Though I was reluctant to give up my fantasy of seeing the Penguin rep wrestle the HarperCollins guy for rights to my book (preferably in watermelon Jello), I eventually decided that I would give the self-publishing path a try. I’d like to say it was about artist empowerment and stuff like that, but I mainly just got bored of waiting. That was about a year ago and though it has been a lot more work than I anticipated I’ve also learned a lot about myself and the industry in the process.

If you used a graphic designer/publisher’s designer, how involved were you during the creative process for your cover?
I think the most unique part of the creation of my cover was that I produced the photos myself—well, with the help from a lot of amazing volunteers. Though I could have used stock photos, I had a very specific image in mind and was just super excited about the idea of making it a reality. It was a lot of fun and I’m glad I did it. If you are interested in learning more, I detail the process in this blog post: https://jackieamsden.com/2015/08/11/my-self-publishing-experiment-the-cover/

Do you belong to a critique group? Have they helped improve your writing?
Yes! I am deeply indebted to my critique group. Writing is very solitary and introspective work. My group helped me see my writing in fresh and insightful ways that I was too close to recognize. As well, their encouragement and excitement gave me the energy and confidence to believe in my work—something that definitely wavered at times.

Did you hire an editor to review your manuscript before publishing?
Yes, though I initially resisted the idea. After all, I know how to write—how hard could a little proofing be? After my writing group looked at me like I’d just told them I was considering starting a dog-food diet when I said I was proof reading/editing the book myself, I realized I needed help. And I’m so glad I did because the process was way more complicated than I had anticipated. My perfect manuscript was covered in red error squiggles when my editor was done with it. Once again, I was way too close to the project (and frankly ignorant of a lot of grammar rules) to see them.

What have you’ve learned during your self-publishing journey?
The biggest realization I’ve had is to think more specifically about my target readers—about what I have to offer them and how I can develop a relationship with them over the long term. For example, I used to post whatever I felt like on my blog but after a really great platform consultation with Kimberley Grabas (http://www.yourwriterplatform.com/author/ywp140/) I realized I need to focus on creating content that is of value to the 12 – 16 year old girls that I think would be interested in my book. All of that has forced me to really identify what my voice is within that community and how I can better be a part of it.

Do you find it difficult to juggle your time between marketing your current book and writing your next book?
Absolutely. Being new to the area of marketing, which I really see as developing community, has meant that I’ve spent a lot of time reading blogs and reaching out to people and otherwise NOT WRITING. It’s fun at times but also frustrating Of course, having a baby in the middle of it all hasn’t helped a lot but whatever. I’m planning on becoming a vampire next month so I won’t need to sleep anymore and will have time for everything. Aside from the blood sucking part, it’s going to be awesome.

What advice would you give a new author just entering into the self-publishing arena?
Start developing your community now! My one regret is that I was so focused on writing that I didn’t take the time to develop relationships with the online reader and writer world and so didn’t have a big network to help me launch my book. And don’t worry: it’s not hard and doesn’t need to take a lot of time. There are many simple things, like reviewing other people’s books, that you can do to begin building those connections.

Besides writing, do you have any other passions?
I’m quite smitten with fashion and the fashion industry. It is beautiful and yet so dark at the same time. I suppose that’s why I like writing about it in my novels and on my blog, which explores the industry’s deadly side.

Some fun facts about you, which do you prefer – dogs or cats? Chocolate or vanilla? Coffee or Tea? Talk or Text? Day or Night?
Okay, does anyone ever choose vanilla? If so, I would like to know who they are because they are obviously crazy people and I’m worried they will harm my cat.

What’s next for you?
My September 15 book launch part-ay! If you are in Vancouver (the hockey and maple syrup loving one), come on by. Details at my blog: www.jackieamsden.com 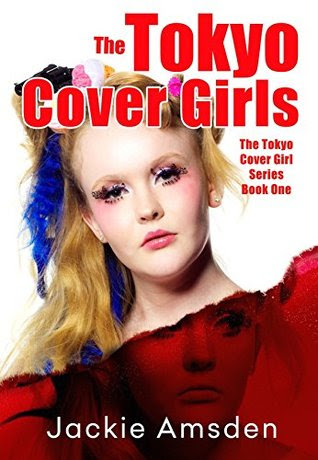 New York has Jacobs, Paris has Chanel, Milan has Versace and Tokyo has . . . Hello Kitty toilet plungers? With its cute-obsessed catalogue and magazine market, anyone who is anyone knows that modeling in Japan means being at the bottom of the fashion industry. Blake, Jess, and Hailey are doing their best to survive yet another casting where pigtails and toddler-impressions are a must when they stumble upon the opportunity of a lifetime. The prestigious Satsujin company has selected them to compete for a campaign that will transform the winner from commercial nobody to haute couture superstar faster than you can say Vogue Italia.
Of course, nothing is ever what it seems in the fashion world. Just ask all those dead girls . .

Author Bio:
Jackie Amsden worked as a fashion model in China, Japan, and Taiwan before retiring at the age of eighteen after one too many agent threats, nude photo shoot requests, and self-loathing-induced Pocky binges. If you’d like to learn more about her decent into the darker side of Asia’s candy-coated modeling industry sign up for free installments of her upcoming memoir and get updates about the sequel to The Tokyo Cover Girls at www.jackieamsden.com.