#Excerpt: THE POWER OF PRAYER by Lorana Hoopes 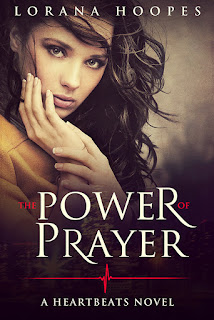 The voice was deep and masculine, and as I turned to find the man who owned it, a small gasp escaped my lips. Broad shoulders tanned by the sun stood out against his cream tank top, and dark brown hair fell in waves to about his chin. He was the most handsome man I had ever seen, but it was his piercing green eyes I couldn’t seem to look away from. He stared at me expectantly, an empty glass in his hand as he waited for my order.

“Uh, tequila sunrise,” I stammered as the blush climbed my cheeks. Had he heard my gasp? I tried to look away, but his gaze was a magnet drawing my eyes back to him.

“Tequila, huh?” His lips pulled into a smile revealing perfectly white teeth, and my heart fluttered in my chest.

“It’s my weakness.” My lips parted, and my tongue darted across her bottom lip. I wondered how his lips would feel against mine. Apparently, he was a weakness for me as well.

“In that case, how about a double shot?” The wink he flashed solidified the notion he was flirting with me, but I couldn’t tell whether it was because he liked me or because it was part of the job description.

“Sure.” My heartbeat magnified in my ears, and despite his magnetic pull, I forced my attention away from the bartender and back to the crowd, hoping to hide the red on my face.  Though the bartender was easily the most handsome man there, several other nice looking gentlemen filled the area. Most appeared to be chatting with women, but one man sat alone, tapping at his laptop and nursing a beer.

Life doesn't always go as planned; sometimes it goes better. Callie Green thought her life was planned out until her fiance leaves her at the altar, upending her perfect plans. She is spiraling out of control when she meets JD, a man who offers a love she has never known, but she is too blinded to see it. When she realizes JD is what she has been missing, she has no way to find him. All she can do is pray and hope that God sends him back to her.

The Power of Prayer is available at Amazon: http://bit.ly/PowerofPrayer1 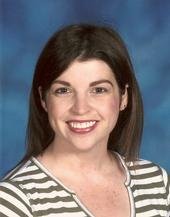 Lorana Hoopes is currently an English teacher in the Pacific Northwest where she lives with her husband and three children. When not writing, she can be seen kickboxing in her local gym, singing at her church, or performing on stage. The Heartbeats series is her first full length novel series. She has also just released the first book in her early reader chapter book, The Wishing Stone.

Get a free novella or audio reading of The Wishing Stone by filling out the contact form at http://authorloranahoopes.site123.me/