Interview with Cecelia Wilson, BACK TO BREMEN 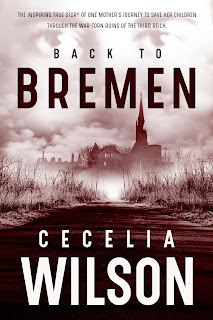 Can you give us a brief overview of your latest book?
Back to Bremen is the true story of one mother’s struggles to see that her eight children survive World War II in Nazi Germany.  Through bombing raids, death, destruction, and eventual capture by the Soviet Red Army, this typical German family become victims of their Fuhrer’s mad ambitions, and Marta becomes a heroine simply by being a mother.

Do you have a favorite character?
I love Edith.  She is one of the children in the book, my dear friend who is now in her eighties, and I tell the story through her voice as a child.  But, her mother Marta is probably my favorite person in the story.  She is just a common woman, but she finds an inner strength she probably never knew she had when she faces almost a decade alone to see her children safely through WWII.  She is an excellent example that women don’t have to be superwomen to be powerful — they can come from humble beginnings and rise to great heights simply by finding the willpower to do what must be done in extraordinary circumstances.

Did you try the traditional route to publishing, i.e. querying agents/publishers?
It took me about a year to find a publisher after querying both agents and publishers.  Hearing “no” was not easy, but with a lot of perseverance, I finally found two publishers interested in my manuscript.

What factors influenced your decision to go with a particular agent or publisher?
One publisher I was considering was thousands of miles from me; the other was three hours away from me in my home state of Arkansas.  Not only did I like the idea of close access to the publisher should I choose to meet the staff, I loved the book covers they were doing for other authors and thought the finished product would be one I would be very proud of.

Briefly describe your journey in writing your book.
I met Edith, whose childhood is the basis for the story, more than twenty years ago.  After writing short magazine articles over the years about her childhood, we finally sat down a few years ago after her husband’s passing and I interviewed her to write the finer details down into a book.  After months of interviews and research, and another year of searching for a publisher, I’m very honored that Back to Bremen is now available to the public.

If you used a graphic designer/publisher’s designer, how involved were you during the creative process for your cover?
Thinking through the entire publishing process, coming up with the book cover was probably my favorite process.  My publisher sent several drafts to that included a war-damaged picture of Bremen, Germany and, eventually, eyes in the middle of the cover.  I loved the idea of the eyes — they were haunting.  So, I suggested moving those eyes to the top and using Marta’s eyes from one of the family photos we had of her.  I think it’s the most striking part of the entire cover.

What is your writing process? Do you listen to music or do you like silence?
I’ve got a one-track mind, so it’s very easy for me to focus on writing and block out every other distraction.  I don’t mind a little music or noise in the background.

Do you outline your story or just go where your muse takes you?
I do a rough outline so I’m reminded where I want to begin and end each chapter.

Did you hire an editor to review your manuscript before publishing?
I did not, but I did have a couple of different eyes on the manuscript prior to pitching it to agents and publishers.  Once I had signed with my publisher, I was assigned an editor and loved working with him to polish the story one last time.  When I speak to school students, I often remind them that writing is just the beginning.  Editing and more editing is necessary to make sure the final product is something worth presenting to readers.

Besides Amazon, are there any other sites where your books are for sale?
Back to Bremen can be found in hardcover, paper, and e-book online with Barnes and Noble, Books-a-Million, Indigo and Jet.com. 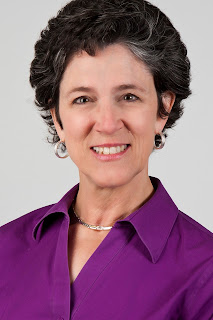 For more than a decade, Cecelia Wilson has been the Feature Writer for Searcy Living magazine.  Over the years, she has penned articles introducing readers to governors, senators, Grammy Award-winning musicians, and individuals from all walks of life.  In addition to writing articles, books, and youth plays, Cecelia is a singer, pastor’s wife, play director, and acts in community theaters, commercials, film, and television.

Born and raised in Batesville, Cecelia graduated from Batesville High School and earned a Bachelor’s degree from the University of Arkansas at Little Rock.  Cecelia lives in central Arkansas with her husband, Dennis, but manages to check in often with her grown son and daughter, Cody and Cheyenne.