Interview with Darrel Sparkman, AFTER THE FALL 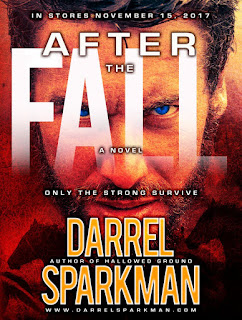 Can you give us a brief overview of your latest book? Is it part of a series?
My next published book will be available November 16, 2017. After the Fall is a post-apocalyptic novel set about twenty years after an event that spirals the United States back to a near-frontier footing. John Trent is a courier traveling between the few outposts left in the Ozarks. He’s tired of the constant fight for survival and ready to go sit on a mountain and watch the world go by when a few problems confront him. He finds women murdered in the forest. He meets Katherine, a woman taking supplies back to her town and realizes she may be the next victim. After the Fall is a story of survival, love, and betrayal in unexpected places.

Have you ever had a minor character evolve into a major one? Did that change the direction of the novel at all?
I think it’s just happened. I have an un-published short story that has been marked by readers as a western romance. While not exactly minor characters, I think the interaction between mother and daughter is going to push me to make it a full length novel.

How long before you got your offer of representation/your first contract? Was it for your first novel?
I queried several years before my first novel Osage Dawn was picked up by an audio book publisher, Books in Motion.

What factors influenced your decision to go with a particular agent or publisher?
That’s easy. They were the first to show interest and I went with it. Not sorry.

Briefly describe your journey in writing your first or latest book.
I blame my wife. We were in a book store and I picked up a post-apocalyptic novel, took it home and read it. I remarked that I could write a better story and she said, “So, do it.” I’ve been trying ever since. She is always after me to write something contemporary, so Limestone County will be out in the third quarter of 2018.

Are you currently under a traditional publishing contract for future books or do you have manuscripts that you will self-publish? Are you doing both?
I’m under contract with Oghma Creative Media for several sequels up through 2018. I’m looking at self-publishing short stories just to keep my name out there between novels.

If you used a graphic designer/publisher’s designer, how involved were you during the creative process for your cover?
The first publishers I had gave me little, or no input on covers. With my current publisher, I have the yes/no/back to the drawing board input that I think an author needs. Of course, Oghma Creative puts out such super covers I rarely do anything but say, “Great.”

What is your writing process? Do you listen to music or do you like silence?
I’m a seat-of-the-pants writer. Once I start, I just let it go. I cannot listen to music while writing. If it’s good music I have to listen to it. Sometimes if I’m writing an emotional scene, I’ll listen to Samuel Barber’s Adagio For Strings before I start. Silence is golden.

Do you outline your story or just go where your muse takes you?
I tried outlining a few times and it never worked for me. The characters always take over and go somewhere else. I wish I could outline and stay with it. It would take some time off the process because often I have to go back and read what I’ve done.

Do you find it difficult to juggle your time between marketing your current book and writing your next book?
Time is always hard to come by. I have that glorious retirement plan of “work till you die”, so most of my writing is done in the winter and 10 to midnight during our busy season.

What advice would you give a new author just entering into the self-publishing arena?
I’ll just repeat what Dusty Richards preaches. Write the book. Worry about all the other stuff later. When you finish, write another one. And my own advice, start early, get serious about it early, and keep at it.

Besides writing, do you have any other passions?
Used to hunt, fish, and do other sports. Now it’s mainly work and writing. My wife and I run a garden center from March through June, and that keeps us busy.

Some fun facts about you, which do you prefer – dogs or cats? Chocolate or vanilla? Coffee or Tea? Talk or Text? Day or Night?

Dogs, not cats. Pretty much anything sweet. Hate coffee. I’d rather text than talk, unless it’s face to face. I’m more a night person, but still get up early. I guess I’m not a sleep person.

What’s next for you?
I’ve got a few more books in me. Hopefully we can get to a place in life where we can actually retire. 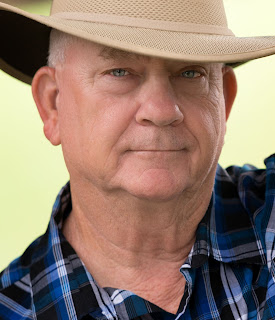 Darrel Sparkman resides in Southwest Missouri with his wife.  Their three children and eleven grandchildren live nearby.  His hobbies include gardening, golfing, and writing.  In the past, Darrel served four years in the United States Navy, including seven months in Viet Nam as a combat search & rescue helicopter crewman.

He also served nineteen years as a volunteer Emergency Medical Technician, worked as a professional photographer, computer repair tech, and along with his wife Sue, owned and operated a commercial greenhouse and flower shop.  Darrel is currently retired and self-employed.  He finally has that job that wakes you up every day with a smile