#Review: TO THE DUKE, WITH LOVE by Amelia Grey 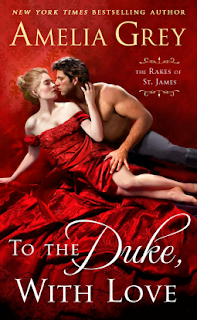