Interview with Alan Lampe, Bill's Cajun House of Pleasure: A Romp in the Swamp of Historic Proportions 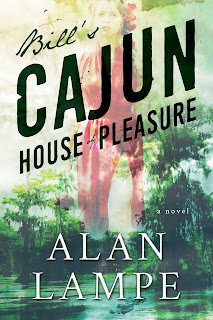 Can you give us a brief overview of your latest book? Is it part of a series?
Bill Valencourt is the oldest resident at Our Lady of Sorrows Nursing Home in Louisiana in 2024. He reluctantly agrees to tell his life story to Times-Picayune reporter Jimmie Rains. His tale begins in the swamps of Louisiana in 1939. His girlfriend, Anne Marie, is learning voodoo from her mother and wants him to live with her in the swamp. He works at his uncle’s bordello, a dilapidated shotgun house in Bayou Cove. His uncle’s employees convince him to stay in town and dump Anne Marie. After his uncle’s untimely death and World War II, Bill spends the rest of the nineteen-forties with Ariel, his uncle’s best girl, in Amsterdam.

Back in Bayou Cove, Anne Marie plots revenge as only a voodoo woman scorned can.
An accident with a piano brings Bill back to the swamps. He runs a bigger and better bordello than his uncle ever did, but still pines for his missing Ariel. Along the way, he employs a one-legged former trapeze artist, a red-haired hellion and the largest hooker west of the Mississippi, Hurricane Gussy. Nearby walnut farm workers and the long arm of the law visit his Cajun House of Pleasure often.

Through all the exploits, he swears he sees the shade of Ariel nightly. His girls think he’s crazy. In the summer of 1969, Ariel’s ghost confronts him for the final time. But will he survive the encounter?

This is not part of a series.

Do you have a favorite character?
I would have to say it is Top Shelf. He’s a migrant worker and is learning how things are done in America. He’s up for anything at any time and is always ready to share a drink with you. I had the most fun with him because he is the most flexible of all the characters in the book.

Did you try the traditional route to publishing, i.e. querying agents/publishers?
Yes, I did. I queried a publisher on-line, and then five at the Ozark Writer’s Conference. Oghma Creative Media liked my pitch and offered me a contract.

How long before you got your offer of representation/your first contract? Was it for your first novel?
I had the manuscript finished for about a year before I received the contract from Oghma. It was signed in November and by the following March, my publisher had my manuscript.

Briefly describe your journey in writing your first or latest book.
I started writing Bill’s Cajun House of Pleasure on Super Bowl Sunday in 2011. It took me a little over three years to write the manuscript and get it critiqued through my workshop group. Getting the contract only took six months, from when I queried a publisher on-line to signing with Oghma. It took 13 months to go through the publishing process with Oghma.

Do you outline your story or just go where your muse takes you?
I outline my stories, however, if my characters want to go off course, I let them. It’s then my job to get them back on track from wherever they went. When they do that sometimes, it can really make the story better than I would have imagined.

Besides Amazon, are there any other sites where your books are for sale?
It is available on the Barnes and Noble website.

Do you find it difficult to juggle your time between marketing your current book and writing your next book?
Yes, marketing is taking up a good chunk of time now, but it needs to be done. If no one knows about my book, I won’t make a sale and I won’t be successful. I have two nights I set aside for writing and several other nights of the week I am marketing.

Besides writing, do you have any other passions?
I collect playing cards. My collection includes over 2,200 decks. They are from all over the world and mainly include souvenir/marketing/used casino decks.

Some fun facts about you, which do you prefer – dogs or cats? Chocolate or vanilla? Coffee or Tea? Talk or Text? Day or Night?
Dogs / Chocolate / Neither, I’m a water guy / Text for a short answer, talk for a conversation / Day

What’s next for you?
I’m two chapters short of finishing my second manuscript. I’m building a new medieval world where several of the towns/cities are based on actual cities and time periods of medieval Europe. I have Renaissance Italy mingling with Peter the Great’s Russia. I have a Polynesian culture interacting with late 1400s Spain. It’s a lot of fun mixing these environments. It’s a little short of a novel length, so I have room to add around 30,000 words. I hope to get it to my publisher in the fall. 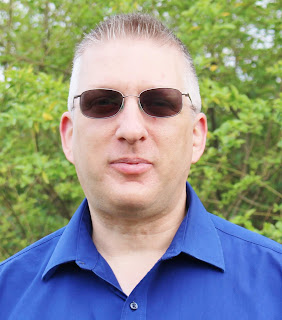 Alan Lampe has been writing down tales and stories since the second grade. Over the years, his writing matured and was recognized by The National Library of Poetry. They published six of his poems in their anthologies in the late 1990s. Jotting down ideas and cranking out numerous short stories off and on throughout the first decade of the twenty-first century, he focused on his writing in 2011 instead of Super Bowl XLV.