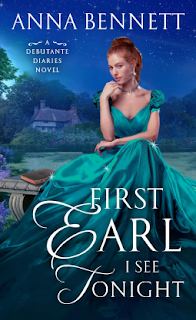 3 of 5 stars
I've enjoyed other books by Ms. Bennett, but this one was just ok. It started out great although a bit far-fetched. Ms. Fiona Hartley is being blackmailed and she needs to marry in order to access her dowry money. She proposes marriage to David Gray, Earl of Ravenport, who is in desperate need of funds to restore his family seat. This certainly was a different way to start a regency romance, but I wonder why the blackmailer did not blackmail her father who is a wealthy tradesman?

I liked Gray a lot. His desire to restore The Fortress for his grandmother was a sweet gesture. Gray's back story is dark and only the slightly clumsy Fiona seems to soothe some of that darkness for him. I loved that Fiona is not just a wealthy heiress, but a talented artist in her own right. Some of the dialogue between these two is quite entertaining, but can you fall in love with someone in two short weeks?

I did figure out who the villain was although some of his actions were over the top and didn't make sense at the end. In any case, there are some enjoyable parts to this book although there were some things that didn't click with me.

I received a copy of this book in exchange for a fair and honest review although I was not obligated to leave a review.

BLURB:
An heiress with a daring proposal. An earl who’s determined to resist her. And a love that just might be written in the stars, in First Earl I See Tonight by Anna Bennett.

Recently jilted by his fiancée, David Gray, Earl of Ravenport is not in the market for a wife. Even if Gray didn’t have his hands full renovating his crumbling country house, it would take more than a bold marriage proposal from a headstrong young beauty to thaw his frozen heart. Gray is confident that spending a week at his ramshackle estate will change her mind about marriage, but every passionate moment he spends with her tempts him to change his…

A talented artist, Miss Fiona Hartley desperately needs her dowry money to pay off a blackmailer set on ruining her sister. The handsome earl seems a sensible choice for a husband…if only she can convince him that romance will play no part. But marrying in name only may prove difficult for Fiona. Gray can’t help but be dazzled by her genuine warmth. Yet as their feelings deepen, Fiona’s deadline looms. Will her secrets destroy them, or is true love their final destiny? 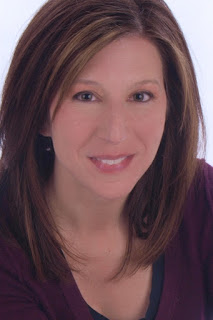 ABOUT THE AUTHOR:
Anna Bennett started swiping romances from her mom’s bookshelf as a teenager and decided that books with balls, dukes, and gowns were the best. So, when she had the chance to spend a semester in London she packed her bags—and promptly fell in love with the city, its history, and its pubs. She dreamed of writing romance, but somehow ended up a software analyst instead.
Fortunately, a few years and a few careers later, Anna found her way back to writing the stories she loves and won the Romance Writers of America’s Golden Heart®. She lives in Maryland with her husband and three children, who try valiantly not to roll their eyes whenever she quotes Jane Austen.
Anna's books include of the Wayward Wallflowers series and the Debutante Diaries series.
BUY THE BOOK:
https://heroesandheartbreakers.com/historical/first-earl-i-see-tonight/