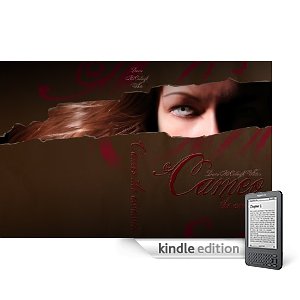 Author Dawn McCullough-White has graciously decided to offer her book, Cameo the Assassin, as a giveaway today on my blog.
To enter the contest for a chance to win a paperback copy of the book, just click "follow" this blog [after the interviews section in the side bar] and then leave your email address in the comments section by Friday, December 17 at midnight.  You can also enter if you're already following the blog.  Everyone is eligible to enter. The winner will be notified by email.  Good luck all!
Book blurb:
~Sometimes the anti-hero is the only hero you can find.Scarred and jaded Cameo is one of the most formidable assassins in the employ of the Association. She moves from one mission to the next as long as the alcohol keeps flowing, until the day she meets two dashing highwaymen who unwittingly throw in with the dangerous and otherworldly Cameo. But that's really where the story begins...
5.0 out of 5 stars Hits the Mark,
By
Richard E. Jackson (New Rochelle, NY United States) - See all my reviews
Amazon Verified Purchase(What's this?)
This review is from: Cameo the Assassin (Book One) (Kindle Edition)
Late last night, I finished Cameo the Assassin. I would have posted a review earlier but I needed some sleep and time to pull my thoughts together.

This is one of those books that rewards the reader for paying attention. From start to finish, there is a lot going. There is no point where the story drags. Its pace is smooth. The plot is in constant motion, driven by the characters.

The characters especially Cameo are complex and detailed. Each one has a past and background that plays a part in the story adding depth to it. There are characters that you will love, some that you will hate and a couple that will be a mystery to you. They are all men and women of action. For the most part, they do not sit around waiting for something to happen.

Dawn provides the perfect setting for her characters. It's not a safe or savory place. It's a place filled with danger. Here nobles employ assassins to accomplish what politics and bribery could not. Violence can erupt at anytime. Several times during the story, I was surprised. Like the characters, I was unprepared for what the world threw at me.

All of these factors made Cameo the Assassin enjoyable read for me. I recommend this book especially to those looking for a darker story.

Dawn McCullough-White writes mainly dark fantasy and horror. Her novels tend to favor the use of anti-authority anti-heroes as the main characters, most commonly with a strong, female protagonist.