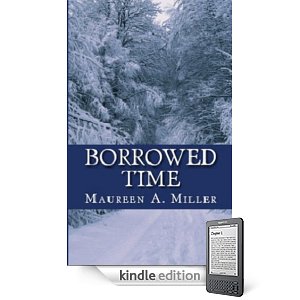 An accident on a frozen highway brings two strangers together.
Brian Morrison has no recollection of what placed him on that icy stretch hundreds of miles from home.  In his line of business, memory loss was unacceptable and accountability was crucial.  Despite a nagging sense that his assignment was incomplete, he was infatuated with the woman that knelt above him seconds before unconsciousness staked its claim.
Upon her parents’ death, Emily Brennan became the sole guardian of her brilliant, yet eccentric brother.  Her devotion to protect him from a world that shunned the abnormal made her do the unthinkable.  One of many faceless engineers for a government-funded marine facility, Emily Brennan gained a face when she stole designs from National Marine Dynamics…and now she was on the run.
Only an hour from the promise of safety, Emily witnesses the car behind her spin out of control on an icy stretch of highway. Fear dictated that she should flee, but the body slumped on the shoulder of the road appealed to her humanity.
Emily and Brian are two strangers thrown together by an errant patch of ice.  Would the truths of their identities tear them apart or would they unite in battle against an egomaniac that threatened the safety of innocent civilians.


Excerpt from Borrowed Time:
And with the curiosity and awe of a child, Emily crossed that concrete floor as if it were frozen, as if she were on top of an ice-crusted surface on some faraway planet.  She approached the mammoth craft suspended by metal scaffolding like a creature of the sea, imprisoned, wanting nothing more than to be immersed in the life-sustaining ocean.
Mesmerized, Emily began to pace the perimeter, studying the fine details of craftsmanship.  The vessel looked like an enormous silver manta, with its eyes formed by the bank of windows at the forward nose.  The body of the ship flowed in aerodynamic waves as if even in these metal shackles it was gliding silently through the water, leaving the faintest of wakes.
Emily dared to step closer and stare up at the smooth, black underbelly.  From this perspective she felt just as she had as a child in the Museum of Natural History, staring up at the blue whale suspended from the ceiling of the Hall of Ocean Life.  She had felt so diminutive, like a tiny spec of plankton that would be inhaled without thought.
The Hyperion was wider than that blue whale, but about the same length.  It was made of a material that sparkled like black onyx.  She walked for a span beneath it, but returned to Brian with a sense of urgency.
“You want to go inside.” He nodded, resigned.

Author Bio:
Maureen A. Miller is the author of several romantic suspense novels, including the Golden Heart nominated, WIDOW’S TALE.  This spring, Carina Press, Harlequin’s digital print, will be releasing her latest romantic suspense, ENDLESS NIGHT.
A programmer with too many airport layovers, Maureen spent that time creating stories to keep her mind off the overhead announcers.  Those days of travel are over, but the stories never went away.  Her next endeavor is off her ‘beaten path’ and embarking into romantic adventure with a thriller in the Guatemalan jungle.
If you would like to learn more about Maureen A. Miller’s books, please stop by www.maureenamiller.com