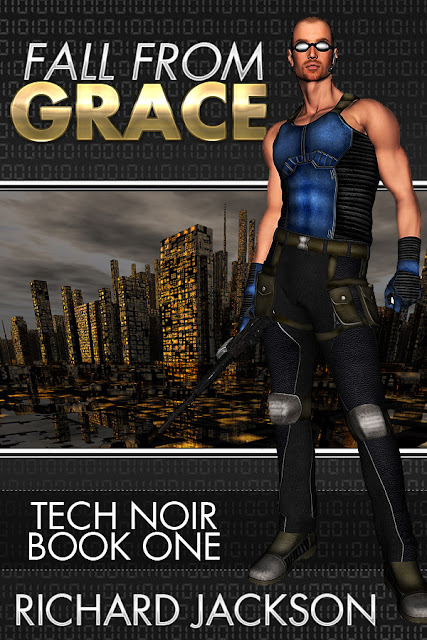 Book blurb:
Tyler made a good living as a Caster - broadcasting his experiences, physical and emotional, through cybernetic implants to millions who accessed him online. But someone wanted him out, and Tyler ended up hustling illegal broadcasts to survive.

Tyler may be out of Casting, but darker players in the industry won't let him go. When Tyler's agent is murdered, he's framed for the crime. He finds out who his real friends are - the only people who don't abandon him are a bartending medical student and an ex-cop gone bad.

Now the lives of Tyler's friends are at risk, and his fate is bound to that of a mysterious little girl. No one will be safe until he discovers what's going on - and who engineered his fall from grace.

Reviewer's Comments:
"Imagine a world where you not only see the news but you can also experience it while it's happening. Now meet Tyler, a `caster' who would do anything for a great story. After this superstar falls from grace, he begins to see life through new eyes. Jackson does a terrific job creating a world that's sure to put you on the edge of your seat. Not only is the main character well done, but all the supporting characters are finely tuned as well. Even the psycho killer is someone you will love to hate. Take the time to read this adventure packed thriller, a great read and an author worth watching."  Extreme Broadcasting 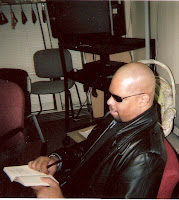 Richard Jackson was born in New York and raised in the Bronx. He has been writing off and on since high school. Over the years, he has held a variety of jobs and worked in a wide range of fields. It’s given him a very diverse skill set which has come in handy on numerous occasions. His interests include the martial arts, costuming, travel, gaming and just having fun. He enjoys meeting people and talking to people with similar interests.