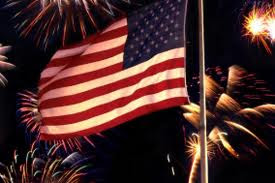 In 1916, President Woodrow Wilson issued a proclamation that officially established June 14 as Flag Day; in August 1949, National Flag Day was established by an Act of Congress.

Flag Day is not an official federal holiday, though on June 14, 1937, Pennsylvania became the first (and only) U.S. state to celebrate Flag Day as a state holiday, beginning in the town of Rennerdale. Title 36 of the United States Code, Subtitle I, Part A, CHAPTER 1, § 110[4] is the official statute on Flag Day; however, it is at the President's discretion to officially proclaim the observance.

The week of June 14 is designated as "National Flag Week." During National Flag Week, the president will issue a proclamation urging U.S. citizens to fly the American flag for the duration of that week. The flag should also be displayed on all government buildings. Some organizations hold parades and events in celebration of America's national flag and everything it represents. Other organizations and tribal groups hold counter-celebrations and protests.[citation needed]

The National Flag Day Foundation holds an annual observance for Flag Day on the second Sunday in June. The program includes a ceremonial raising of the flag, recitation of the Pledge of Allegiance, singing of the national anthem, a parade and more.

The Betsy Ross House has long been the site of Philadelphia's observance of Flag Day.
Posted by Debra L Martin at 8:00 AM