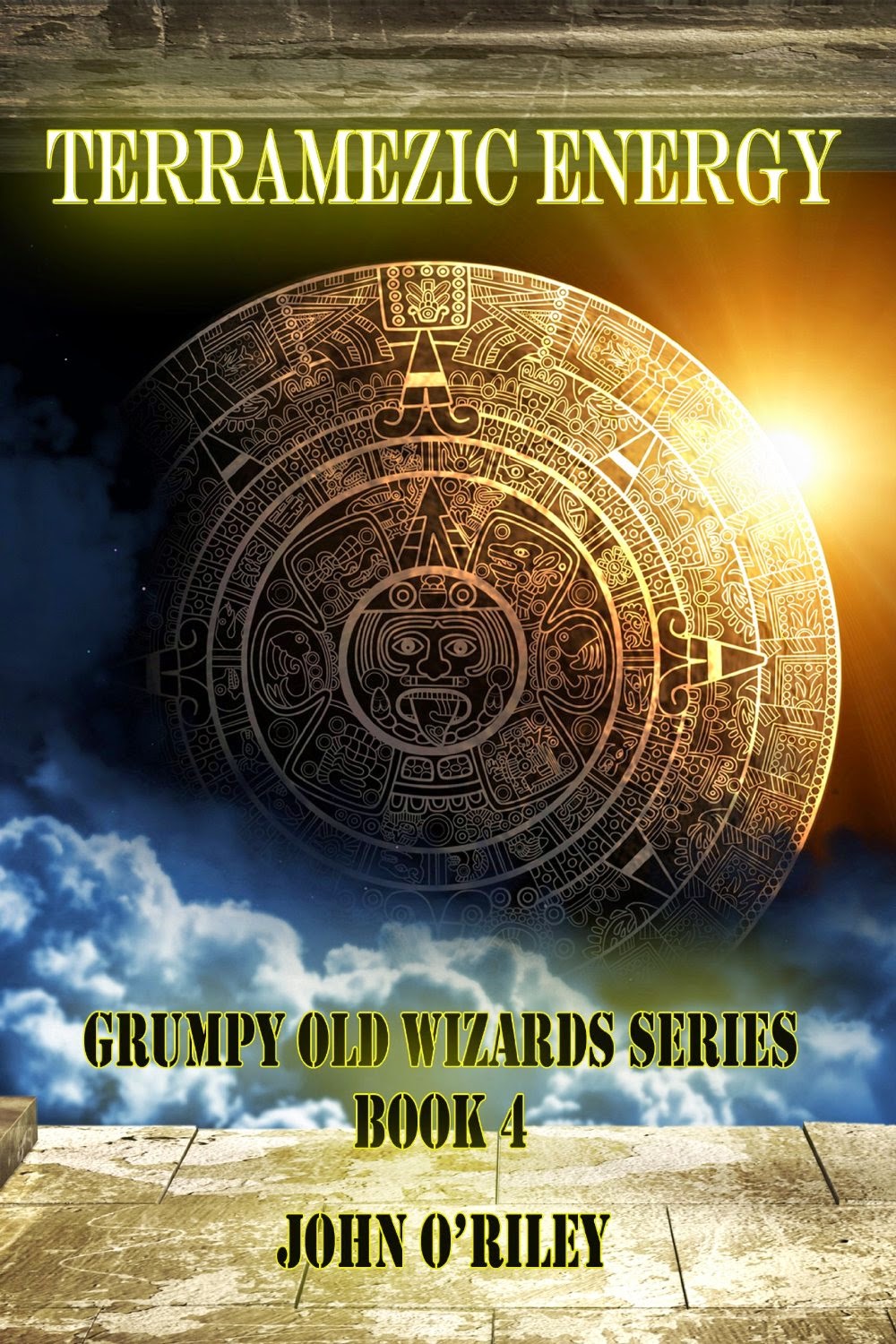 When I agreed to review this book, I didn't realize it was the 4th book in the series. That actually has made an impact for my enjoyment of the book. There were references to past events that I knew nothing about and it made for some confusing scenes.

While the book is well-written, I didn't really connect with anyone in particular. There were also a number of typos/missing words in the book. I did like Perry, the white energy being, the most although I would have liked to know more about him and how he was created. The evil AI being, APU81, was interesting especially as I got further into the book. The author did a good job of keep the tension going until the end, but I didn't find myself invested in the characters enough to read the other books. When a mysterious and destructive magical force strikes near Sarasota, Florida, the chief of police assigns his best investigator and arguably strongest wizard, Josephine O’Connor, to the case. As Josephine studies and investigates this mysterious phenomenon, she learns that a young woman has become a lab rat to develop stronger wizards. As Josephine tries to help the woman control her abilities, it becomes apparent that the new wizard has a volatile power that may prove impossible to contain. Josephine and her friends face their greatest challenge yet when a hostile AI known as APU 81, created by an advanced civilization, resurfaces and targets them for termination. APU 81 has plotted for centuries to enslave humanity and the time has finally come for it to carry out its sinister plans. John O'Riley has been writing as far back as he can remember. He is an author of novels and an award winning writer of screenplays in the category of urban fantasy, comedy, science fiction and young adult. His movie feature screenplay, Cursed, is an Honorable Mention Winner for the 2012 Screenplay Festival. His most recent accomplishments include the screenplays New Earth, Pinky Swear, and Mutant Wizards in the 2014 Filmmakers International Screenplay Awards which made it to Quarter-Finalist status. Other recognition includes the screenplays Cursed, Project Pandora, Pinky Swear, Incipio, and Bad Sister which have been listed as Quarter Finalists, Semi Finalists, and Top Finalists in the 2013 Filmmakers International Screenplay Awards, 2012 Screenplay Festival, 2012 Filmmakers International Screenplay Awards, 2012 StoryPros International Awards, 2012 Pulsar Sci Fi Screenplay Contest, and the 2012 Reel Authors International Breakout. He was born in California then raised in Washington state. He has a Bachelor’s degree in Spanish and French and worked in a variety of bookstores including Borders and was the manager for one of the bookstores in Florida that was actually owned by Goodwill. He loves reading fantasy, science fiction, and humorous fiction. Some of his favorite authors include Kim Harrison, Jim Butcher, S.J. Viehl, Kat Richardson, J.K. Rowling, Angie Sage, Jayne Krentz, and Janet Evanovich. He currently resides in Washington state and owns a parakeet named Amy who sings like a canary to help encourage and inspire him.