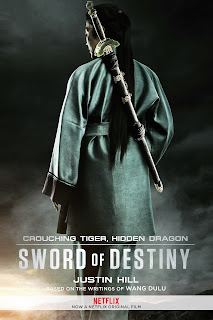 “The Sword of Destiny” transports the reader back to the landscape of ancient China when it was revered to be a warrior who followed The Iron Way. The story picks up seventeen years after the death of one of the greatest warriors, Mubai, as he defended the legendary sword, The Green Destiny. Shulien, who loved Mubai, must now come out of her self-imposed exile when The Green Destiny is once again vulnerable to falling into the hands of the evil warlord, Hades Dai. Two young warriors, Snow Vase and Wei-fang, also find their destiny intertwined with Shulien and the famed sword.

Mr. Hill’s words come alive on the pages as the story unfolds – the landscape, the inner thoughts of the characters and of course, the agility of the battles. The warriors fight with such elegance and grace and you feel like you’re watching a beautiful and intricate dance play across the stage, but make no mistake, the danger is all too real. Sulien’s character is the most complex—her feelings when she held Mubai as he took his final breaths, her need for reflection and solitude as she mourns a life that can never be, and finally her responsibility to the sword’s safe-keeping. No warrior is safe and evil is conquering the land. Can four warriors keep the sword safe or will it fall into the hands of one of the most evil warriors ever born? This is the journey Mr. Hill takes the reader on and he does it with such skill that before you know it, you’ve finished the story and are begging for more. Highly recommended. 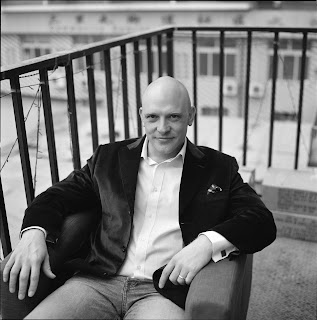 Justin Hill has lived and worked and written about China for most of his adult life. His first novel, The Drink and Dream Teahouse about small-town China, was a Washington Post Book of the Year and won the Geoffrey Faber Memorial Prize. The novel had the rare honor of being banned in China.

His second novel, Passing Under Heaven, which re-imagined the life of Tang Dynasty poetess, Yu Xuanji, won the Somerset Maugham Award and was short-listed for the Encore Award. In a starred Kirkus review, his writing was described as being “painted with the exquisiteness of Persian miniatures.”  Shieldwall, the first in a series covering the Battle of Hastings, in 1066, was a Sunday Times Book of the Year.

In 2014 he was selected to write the book sequel to the Oscar-winning film, Crouching Tiger Hidden Dragon and adapted the sequel’s screenplay into novel form. CROUCHING TIGER HIDDEN DRAGON: Sword of Destiny will be published by Weinstein Books on January 26, 2016 (Netflix and The Weinstein Co will release the film on February 26, 2016).

Hill was born in Freeport, Bahamas and grew up in Yorkshire. He spent his twenties working as a volunteer in rural China and Eritrea, East Africa, and has since lived in New York, Ireland and Hong Kong, where he ran the undergraduate creative writing programme at City University of Hong Kong.  The Independent on Sunday listed him as one of the best young British novelists.