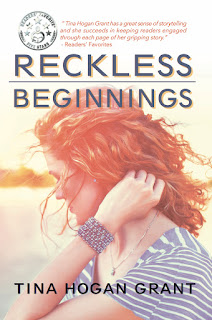 What are four things you can’t live without?
Straight away I thought of coffee. It is my goto in the morning. Nothing happens until I’ve had that first cup of coffee. Am I grouch without it. You bet.
Being a writer and engaging on social media to promote my work, I’m going to have to say my laptop.
English breakfast tea. I’m British. What can I say. I’ve had a love for a hot cup of tea in the afternoons for as long as I can remember. I love it just as much as I do coffee. As soon as I get home, I kick off my shoes, boil the kettle and spend the next twenty minutes savoring a delicious cuppa  before tackling anything else.
My husband. Having been married for over twenty-five years, I couldn’t imagine my life without him. He picks me up when I am down. He is my supporter in everything I do and he just makes every day brighter.

What is your favorite television show?
No doubt about it. “Deadliest Catch.”  I commercial fished for over ten years and watching the show takes me back to those days. At times I miss being on the ocean for days at a time, watching the show puts me back out there.

If you could be any character, from any literary work, who would you choose to be? Why?
Oh definitely, Pippi Longstocking. In fact my nickname throughout my school years was Pippi. She was my idol. I had the red hair and freckles and even wore the odd striped socks. I loved her fearless adventurous ways. Her independence and her strength. She was her own person, one that didn’t want to grow up and no matter what everyone was drawn to her. Back then I wanted to be just like her.

What have you got coming soon for us to look out for?
I’m currently working on book two of “Reckless Beginnings” titled “Better Endings.” Tammy Mellows story continues in this book where she has to face more challenges in her life and make life changing decisions.

What books or authors have most influenced your own writing?
My father is the late science fiction author James P. Hogan. By far he has and always will be my inspiration. He showed me the joy of books for which I’m forever grateful and I watched him fulfil his lifelong dream of becoming a successful author through hard work and determination and never giving up.

J. K. Rowling is another of my inspirations. I love her rags to riches story. How she wrote the first Harry Potter book on a train while commuting to work. And even though it was rejected, I think over twenty times, she believed in her story and never gave up.  Finally someone saw what she saw and the rest is history.

BLURB:
Tammy Mellows, a fourteen-year-old native of England, was shocked when her father and troubled older sister, Donna, moved to the States.

With her family now separated by divorce and divided by an ocean, Tammy felt helpless when she learned Donna had run away and couldn’t be found.

Thanks to her father insisting she stay behind in England to finish school, Tammy could do nothing for the next three years but pray that Donna would be found safe.

When Tammy’s lifelong dream of moving to the States was finally fulfilled, she had high hopes of looking for Donna. But with no leads and faced with turmoil in her own life, there wasn’t much Tammy could do.

After a forbidden secret love affair and a catastrophic dispute with her father, Tammy eventually meets Steven, settles down and has his child, only to discover he is a heroin addict. Thrown into a life of drugs and violence. Shadowed by his addiction, she becomes the silent and forgotten one. Living in fear of what Steven might be capable of and struggling alone to provide for her young son.

What consequences might she face if she leaves Steven? Is she ever going to find her sister alive? Will she have enough courage to conquer the impossible challenges of her twisted world and still come out on top?

~~~~~~~~~~~~~
AUTHOR Bio and Links:
Tina Hogan Grant was born in England and grew up in a small town on the Yorkshire Moors. She is the youngest daughter of science fiction author, James P. Hogan. After moving to California, she became a commercial lobster fisherwoman, fishing off the coast of Southern California for ten years with her husband Gordon.

For fourteen years, she’d had a notion of writing her debut novel “Reckless Beginnings”. But it wasn’t until the sudden death of her father in 2010 and a battle with breast cancer a year later that she made the decision to get it done. Seven years later, she finally completed it. She is now working on a sequel titled,  “Better Endings.”

She currently resides with her husband in the small mountain community of Frazier Park in Southern California. Together they enjoy anything that involves the outdoors, fishing, hiking, kayaking and riding quads.