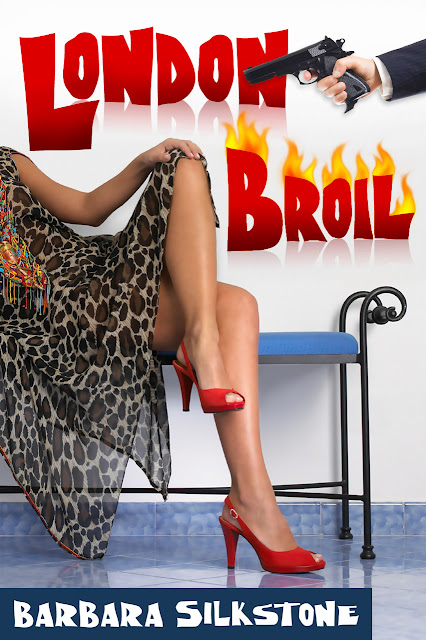 Book Blurb:
When we last saw Wendy Darling and Roger Jolley, they’d recovered twelve of the thirteen Lost Boys, death icons of the infant sons of the sixth dynasty pharaoh, Kjoser. Wendy, Miami Realtor and part-time Tomb Raider, is now in a frantic race against time and a murderer as she searches for the last Lost Boy hidden somewhere in London while a killer heat wave invades the city.


Author Bio: Barbara Silkstone is the best-selling author of The Secret Diary of Alice in Wonderland, Age 42 and Three-Quarters  ~  Wendy and the Lost Boys  ~  The Adventures of a Love Investigator, 527 Naked Men and One Woman.


Silkstone’s writing has been described as perfectly paced and pitched - shades of Janet Evanovich and Carl Hiaasen without seeming remotely derivative. Fast moving action that shoots from the hip with bullet-proof characterization.

Wendy and the Lost Boys topped the charts in comedy, climbing over Tina Fey, Sophie Kinsella and Ellen DeGeneres. The Secret Diary of Alice in Wonderland, Age 42 and Three-Quarters has been a consistent best seller in comedy. Both Wendy and Alice have been in the top 20 Amazon comedies at the same time.
Barbara Silkstone: For six years I traveled the United States listening to men reveal their darkest secrets for my book, The Adventures of a Love Investigator, 527 Naked Men & One Woman. When I was finished with the adventure, I realized the only man I should have interviewed was Lewis Carroll, unfortunately he was long gone. So I set out to pay homage to his logic by re-telling Alice in Wonderland in a contemporary setting. The result is The Secret Diary of Alice in Wonderland, Age 42 and Three-Quarters  ~ a comedy mystery that takes place between Miami and London.
Barb's Wire - eBooks & More

http://barbswire-ebooksandmore.blogspot.com/
A Moose Walked into a Bar
http://amoosewalkedintoabar.blogspot.com/
Posted by Debra L Martin at 8:00 AM